The General Aviation Manufacturers Association (GAMA) has recently released their 2013 General Aviation Statistical Databook & 2014 Industry Outlook. The report included data on sales of new business jets in 2013, which showed a small 0.9% increase in the number of planes sold, from 672 in 2012 to 678 in 2013. 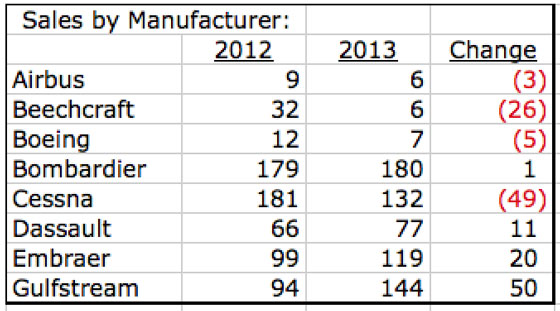 The table above shows the breakdown of sales by aircraft manufacturer. The significant plane model sales included the following:

Some important things to note:

The GAMA Statistical Databook also includes an overview of other aircraft sectors. Here are the highlights: