SherpaReport talked to two experts in the field of fractional aircraft agreements to find out which terms are negotiable. Between them these advisors have seen hundreds of fractional contracts. Here’s a rundown on the areas to look at if you are buying a share in an aircraft.

While the fractional aircraft companies may tell you that all their contracts are standard, there are actually a number of terms which are negotiable.

“What’s negotiable? This is the question I hear most frequently from private jet travelers, especially when they are considering the purchase of a fractional share. The answer is, A lot.” said attorney James Butler, CEO of Shaircraft Solutions.

But Butler stressed “some items should be non-negotiable from your perspective. The jet company must be financially strong and have a proven track record. Its pilots and aircraft must have spotless safety records. And the aircraft must suit your needs - it must be the right cabin size, have appropriate range, employ the latest avionics, and offer sufficient space for luggage.”

Kevin O’Leary, President of Jet Advisors concurs, saying “choosing the right product and the right aircraft is key, but the first step is doing an analysis to make sure fractional is right for you and your travel requirements.”

Some of these negotiable areas include:

At the end of the fractional agreement the fractional plane provider will buy back your share at the fair market value of your aircraft, less a remarketing fee.

James Butler notes that the typical fractional aircraft may be flown for over 1,000 hours per year, whereas comparable non fractional models are typically flown 300-400 hours per year. On the flipside he adds fractional aircraft are very well maintained. So, a big question in assessing fair market value is how to use comps in the appraisal and understanding all the information that is used for the appraisal. Having your own appraiser may end up saving you money.

“It’s good to have a sense going in, of what is involved” says Butler. He adds that companies may project a value of 60% or 70% of the initial purchase price (as fair market value), when they do calculations before the purchase. James typically projects 40%, “or certainly no more than 50%. Particularly if the plane is coming off warranty after 5 years.”

As part of his review of fractional aircraft agreements he looks through those provisions of the contract very carefully and makes sure they are fair. “You want to have a fair right to an appraisal process that yields a fair result,” he says, and adds “we have some appraisers who view it differently.”

Kevin O’Leary backs this up saying “Watch for the appraisal process, in case you disagree on the value at termination. It’s like a pre-nuptial agreement…when both sides are happy you don’t think about the break up…but you need to.” 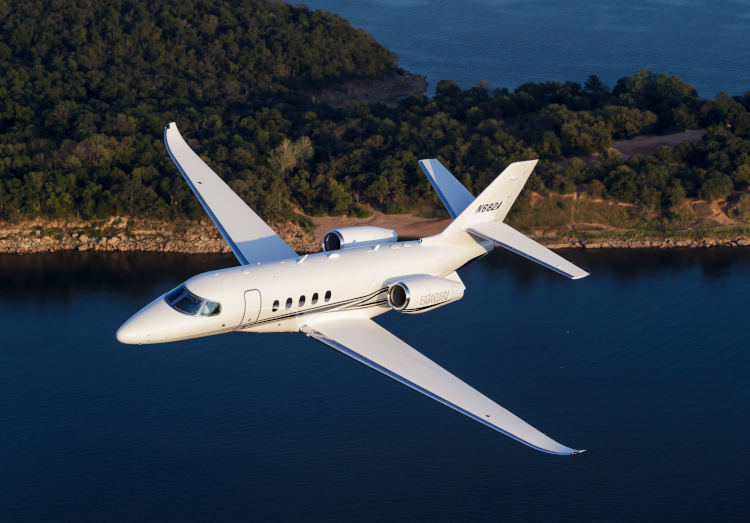 Most fractional agreements allow some level of carry over for unused hours, so if you don’t use all your hours one year, you can then use some of them the following year. Kevin O’Leary notes that there is some flexibility on the number of these carry over hours, which can be useful if you think your requirements will vary somewhat from year to year. But he adds “be careful about buying the wrong amount, if you know for instance that your hours will be higher only in the second year, it may be better to buy a jet card to make up the hours.”

Fractional agreements are usually for five year terms, with options to end the agreement once you are two or three years into it. Kevin O’Leary notes that this minimum term has been increasing recently, saying they have gone up from two years to about three years on most contracts. If you think there is a strong potential that your travel requirements will change over the period, then try and whittle down the minimum to give you more flexibility.

“Watch out for out of warranty price hikes” said Kevin O’Leary, “these are usually unpleasant surprises because the wording in the contract seems benign but when it hits your invoice it is usually a few years later and is not a trivial amount.”

Airplanes comes out of their main warranties, typically after 5 years. This will usually cause a price hike on the hourly rate and/or the monthly fee. The potential for an increase may be mentioned in the fractional agreement, but not usually with any numbers attached. Kevin suggests asking for examples of the last 5 increases. Note that this can affect you if you buy a share that will come out of warranty during your 5-year ownership period. “If it’s a brand spanking new plane then it’s not an issue,” notes Kevin, “but if the plane is past a year old you will probably see it.”

All the fractional companies define the service areas in which they operate, for instance this may typically be the USA and 200 miles from its borders, plus certain Caribbean islands. Flights outside these service areas can incur a repositioning fee (or ferry charge), to move the aircraft to your chosen airport.

Kevin O’Leary says there is some flexibility on when these fees are charged for flights outside the service areas. He gave an example of having a fishing cabin in Canada which is beyond the typical 200-mile distance into Canada. If you know you will fly up to the cabin a couple of times a year, you can tell the fractional provider the local airport for the cabin and could get an exemption to fly there (a couple of times a year outside the Primary Service Area) without any additional fees.

Some more obvious negotiable terms that we have seen and heard are additional hours and guaranteed upgrades.

Fractional agreements typically start at 50 hours a year (equivalent to a 1/16th share). If you know you may need more hours, you can negotiate for say 10% more a year, giving you 55 hours each year.

The agreements also typically say that downgrades are guaranteed (eg if you own a mid-size, but a lower hourly rate light jet would work for a given mission), but upgrades are as available (eg you own a mid-size but would prefer a more expensive large cabin for a one off longer trip or with more people). Swapping between planes like this comes at a fixed interchange rate, so for instance your hour of ownership on a midsize, may be worth 0.6 hours of usage on a heavy jet. If you know you will need to upgrade to a large cabin aircraft, say for your family vacation or for taking 10 staff to meet a key client, and just need it once or twice a year, you can negotiate to have this upgrade guaranteed for these few times.

Kevin O’Leary notes one area to be aware of is the fuel surcharge. The base price per gallon of fuel is, “typically tied to a cost of fuel from over a decade ago” and the owners pay the difference between this base price and the actual fuel cost. “The fractional managers typically don’t “modernize” or update that number,” says Kevin, adding “everyone has one, but I’ve not seen movement on it.”

As you can see there are a wide variety of terms that you can negotiate. James Butler mentioned that for several of his clients, he’s negotiated more than 150 alterations to fractional contracts with a company that claimed it did not change its documents.

James says very clearly “For any fractional contract, a jet company has a basket of enhancements that it can use to seal the deal. The key is to negotiate for enhancements that add value for you.” He continues “if all your flights are longer than one hour, you will find no value in a short-leg waiver, which allows a fractional owner to pay for actual flight time instead of the one-hour minimum rate.”

Kevin backs this up, advising “Don’t negotiate something you don’t need. The fractional companies put everything in a matrix of what they will negotiate. So if you get one thing, it means you may not get something else that could be more valuable to you.”

In other words, be careful what you ask for, and make sure it’s something you need. As with all sales negotiations try and understand the person on the other side of the table, they may have specific sales incentives at certain times of year, or their company may want to sell the last share in one particular slow-moving aircraft, and so have more incentives available.

James D. Butler is an attorney and CEO of Shaircraft Solutions – a Maryland based consulting firm advising individuals and businesses on investments in private air travel for over twenty years.

Kevin O’Leary is the founder and President of Jet Advisors, and helps clients make informed business aviation decisions, based out of the company headquarters at Hanscom Field (KBED) in Bedford, MA.