Last of The Learjets: An Enduring Mark on Aviation History

March 28, 2022, was an average day for most people, but for the many in Wichita, Kansas, it was a day of wistfulness, remembrance, bordering on a tangible, unshakeable sadness, as Learjet, the iconic business jet manufacturer, delivered its final aircraft to Northern Jet Management, bringing some 60 years of production to a close. 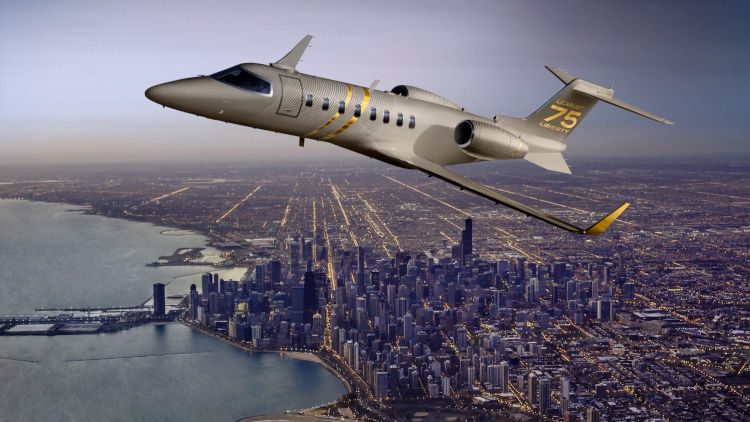 The original Learjet 23, a six- to eight-seater, first flew on October 7, 1963, with the first production model being delivered in October 1964. Just over a month later, Lear Jet became a publicly owned corporation. Several models followed, the Model 25 first flew on August 12, 1966.

For those who knew the sixty-year Learjet aviation history, they also knew the history of the brand, and how the brand became comingled with the definition of luxury itself.

During those decades, Learjet produced more than 3,000 aircraft, of which more than 2,000 remain in service. And the brand and name Learjet became synonymous with high end business jet travel, as it was one of the first, certainly most popular, to manufacture a private, luxury business aircraft.

But change to Learjet came in 1990 when it was acquired by Bombardier, the Canadian aircraft manufacturer. This acquisition allowed Bombardier to launch the Learjet 60, which would soon become the top-selling aircraft in its class. This iconic private jet has since been reinvented and perfected by Bombardier engineers. The latest version, Learjet 75 is built on legendary Learjet strengths and successes while leveraging Learjet 85 aircraft technology. The jets feature a new modern design interior, a next-generation cabin management system, superior aircraft performance and low operating costs.

But along with all the positives of Learjet 85, a composite-skinned aircraft that was to propel Learjet into the era of advanced materials, there were production problems, and complex delays. And with those, Bombardier cancelled the 85 program in 2015.

Since then, with only the 75 remaining in production and with the the 2019 launch of the $9.9m Learjet 75 Liberty, a variant of the baseline 75, Bombardier made the decision, disclosed in February 2021, to shutter Learjet and focus all attention on producing larger, more profitable business jets – the Challengers and Globals. But Bombardier also assured all operators it will continue to support the product line. Executive VP of operations Paul Sislian said, “Bombardier is committed to making sure that these 2,000 aircraft presently in service will keep flying well into the future.”

Tonya Sudduth, VP of Learjet operations, told the crowd at the final rollout, “There’s no doubt that today is an emotional day for many of us, as it marks the end of the production era of Learjet. However, the emotion that I’ve seen most prominent in all of my conversations with [employees] over the past several days and months is pride. Pride for being part of this amazing legacy. And pride in making a lasting mark on aviation history.”

The final Learjet was delivered to Northern Jet Management in Grand Rapids, Michigan.

On its company Facebook page, Northern Jet Management posted a picture of employees surrounding the aircraft with the message “Monday the 28th of [March] 2022 saw the end for one of the most popular business jet families ever. After almost 60 years of production, @bombardier_jets have delivered their final Learjet. @northernjetmanagement had the honor of taking delivery of the Learjet 75, which is the 24 in their fleet.” 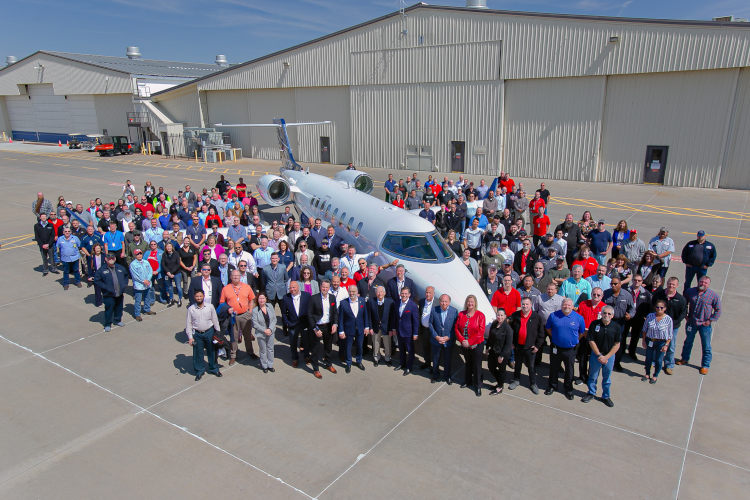 Northern Jet Management has a long and rich history with the Learjet. Starting with the delivery of its first Learjet 40XR in 2007, the company has grown to have 24 Learjets go through its pipeline. Today, the company operates 13 Learjets in its fleet of 22 midsize, super-midsize, and large-cabin jets. Northern Jet has taken part in several of the Learjet’s milestones, taking delivery of the first and last Learjet 70, the 100th Learjet 40XR, and the 600th Learjet 45XR.

“It is an honor to take delivery of the last Learjet 75, although it was a bittersweet day knowing it is the last Learjet.” Charles R. Cox, CEO, Northern Jet Management told SherpaReport.

Though Learjet production has ceased, Bombardier still has plans for Wichita. It intends to make the site a Learjet “Centre of Excellence” – an aftermarket hub specializing in servicing the 2,000 Learjets still flying, Bombardier vice-president of OEM parts and services Chris Debergh said in 2021.

Bombardier will transition its Learjet production hangars into service bays and expand Wichita’s aftermarket capabilities. The space would also give the company better ability to service Challengers and Globals, he said. Thus, as is often the case, the aeronautical past informs, reforms, and repurposes the aviation present.