One of the leading private aviation companies, Flexjet, is planning a 40% increase in the size of its fleet by the end of 2022. It is also growing its staff numbers and expanding its ground support and infrastructure.

We’ve reported on the record level of demand for private aviation. D.J. Hanlon, Executive Vice President of Sales at Flexjet and a 20-year industry veteran, told us “I have not seen anything like the current demand” in those 20+ years.

D.J. went on to add “in 2021, we are seeing demand on days that historically never saw huge demand.” He gave as an example the Formula 1 Grand Prix held in Austin, TX in October, noting that this is usually a busy weekend and often gets a lot of international flights, but this year was at record levels.

“It seems like people are looking for things to do domestically,” continued D.J. 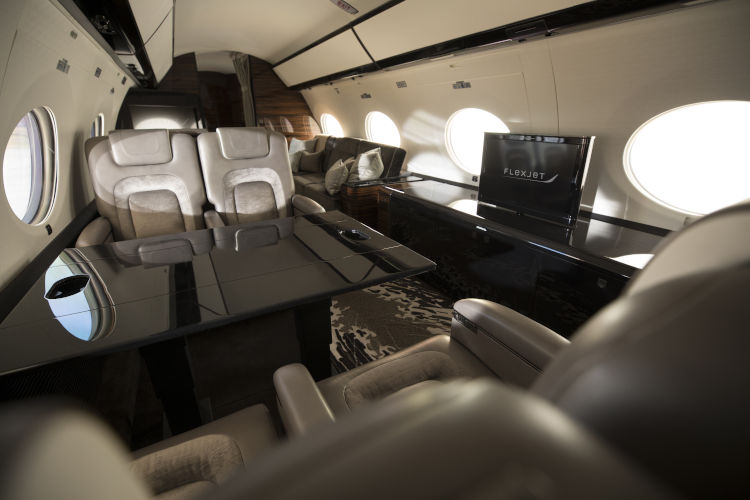 Since September 2021, Flexjet has been on boarding four additional aircraft per month and intend to continue at this pace over the next 14 months.

In total, Flexjet is investing $850m in additional aircraft, with plans to grow the fleet to 231 aircraft by the end of next year. This is roughly a 40% increase from the total aircraft in the fleet at the end of H1 2021.

“We are working closely with our OEM partners to bring on new aircraft,” said D.J.

Given Flexjet’s current forecasted utilization by owners, they expect this increased fleet to align with demand by June 2022.

Flexjet offers jet cards on the Phenom 300 and Challenger 300, but just like several of the other leading jet card companies Flexjet has put new card sales on a temporary pause.

They are still renewing existing card holders, albeit with some restrictions on weekend and holiday travel.

D.J. expects card sales to open up again, with the timing dependent on new aircraft deliveries and having staff to maintain the full expected service levels and based on (fractional) owner demand.

Flexjet already had more than 800 pilots at the beginning of 2021 and says it has hired 169 new pilots, year-to-date. As with the other large private aviation companies we have talked to recently, they are still busy hiring. The company plans to add another 292 pilots over the course of the next year.

In addition, Flexjet is in the process of adding a further 100 aviation professionals in the Owner Services and Operations Control Center over the next six months. With the company saying “this increase in staff will facilitate greater continuity of service and an enhanced experience level to adapt to the changes in the private aviation landscape.”

But it’s not all plain sailing. Flexjet has faced many of the same challenges that other providers have faced over these high demand months. They have had to work hard on supply chain issues and with partners who provide ground transport and catering, who often face their own staffing issues.

Over the last few years, Flexjet has been opening its own exclusive private terminals around the country. For instance, earlier this year it opened one at Van Nuys airport in Los Angeles, California, adding to the terminals at Naples Airport, Florida, Palm Beach International Airport, Florida, Westchester County Airport, New York.

In addition, Flexjet has broken ground on a new Global Operations Center adjacent to its current facility at Cuyahoga County Airport outside of Cleveland. The futuristic global operations center will serve as the master logistics and control center for the entire global network of flights operated by Flexjet.

“We set ourselves up for some good long-term success,” notes D.J.