Talking to Brian Anderson, CEO and Chairman at Destination M

SherpaReport recently caught up with Brian Anderson, the new CEO and current Chairman of the Board at Destination M. We talked about the destination club, its plans, membership structure, home locations and more.

Brian took over the reins at Destination M when longstanding General Manager John Beckel retired last year. Brian has been a member of the club since 2006 and has traveled to 23 of the club’s homes in this time.

We started the conversation with a simple question: what are the Board’s plans for Destination M? He had a straightforward answer: “Overall to continue to be the leading boutique destination club in Canada.”

Last year the club introduced a waitlist for new members. So rather than fully joining directly, potential new members pay $5,000 for a year and join the waitlist. While on the waitlist they can travel for 7 nights over the following year to the shareholder owned homes. “This really works well” said Brian. “For people who are not familiar with us, they can travel to the homes and fully experience the club. You can talk to them about availability and utilization, but it’s rather abstract until people join and use the club.”

“It also gives them an opportunity to understand the reservations and booking system. Plus, it lets both the club and the potential member see if membership is a good fit,” he continued.

Members can stay on the waitlist for up to 2 years. During this time, as the club finds suitable homes to add to the portfolio, they will have the opportunity to buy a full membership share upon invitation.

“We’re just in the process of offering a share to people on the waitlist. It may be a few weeks to get the full feedback, but early indications are that the majority will join rather than defer”, commented Brian. As people come off the waitlist and become full members, it frees up waitlist spots for others to join. 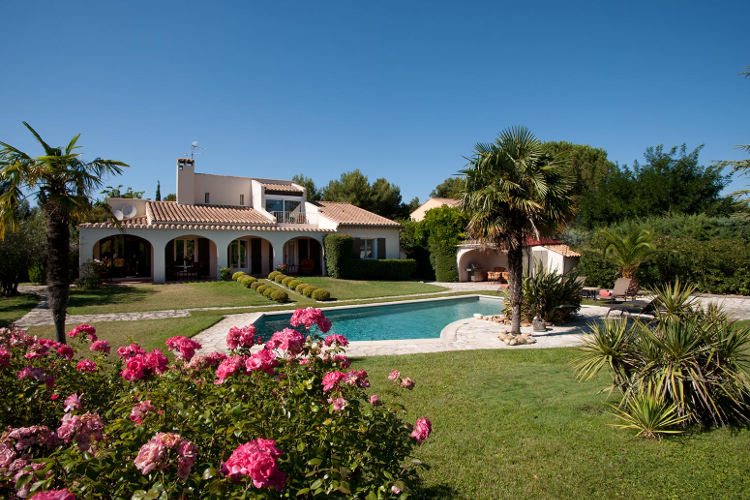 The club currently offers access to 27 properties around the world, most of which are owned directly by the club.

“We’re always evaluating new markets,” said Brian. “We have a great board and real estate committee, and there are many factors that feed into the selection of new homes and locations,” he continued.

Each year, Destination M does an annual survey of members, which includes asking about potential new locations. “It’s rather like asking children what they want for Christmas,” joked Brian.

With the new waitlist membership model, the club can be sure that it has the capital available once it finds a suitable home. Basically, waitlist members are invited to join and buy a share when a new home is ready for purchase by the club. “This means we are able to be a value buyer,” stated Brian. “We have the money available with no financing needs.”

Exchange rates also factor into the equation. A few years ago the C$ was at parity with the US$, so it made a lot more sense to buy in the USA. Rates have moved since then, so other markets look more attractive.

Brian noted that the growth of the large home sharing websites like AirBnB, VRBO and HomeAway has disrupted the hotel industry and resulted in an increasing number of local restrictions. These may be imposed by home owner associations (HOAs), or local governing authorities. As a result, M does a lot of research to stay in compliance with all these new rules before it buys any given home.

The list of potential locations changes over time with all the above factors. “We work pretty hard, mostly looking for sunny places, but also big world urban centers and some mountain getaways,” said Brian.

“Our goal is to double the size of the portfolio over the next ten years, so add 1-2 homes a year, by purchasing really good properties, at really good values,” he continued.

Destination M introduced a sunset provision several years ago. This provides for a defined exit strategy for any members who want to sell their shares in May 2020. The current shareholders can basically put their shares back to the company next year. “A lot of people are interested in carrying on beyond the liquidity event,” said Brian, “so I think we’ll sail through quite easily” he continued.

Just last year the club had an auction for members who wanted to sell their shares. Brian noted that quite a few shares changed hands during the auction, so he’s not expecting much activity at next year’s sunset date. He thinks the club may well use this mechanism in the future, for any members who wish to leave.

Shareholders may also sell their shares at any time to someone else that they know wants to join.

Brian noted that “having these three liquidity options helps with our sustainable long-term business model.”

Family Legacy & Not for Profit

Another key part of the model, which is unique to Destination M, is their “not for profit” structure. Other equity-based clubs have a general partner that manages the real estate funds, and participates in any profits. But for Destination M, the management team are paid by the club and have no incentive interest in liquidating the fund and sharing any profits on the sale of the homes.

Annual dues are set each year to cover utilities, taxes and maintenance for all the properties, plus the overhead to run the organization. “There is no markup. We add up the total, then divide by the number of shareholders” said Brian.

“We’re boutique with a really involved shareholder base,” he noted. “The board members are all shareholders, and it’s important to them to spend valuable time with family and friends.”

“This changes the dynamic”, says Brian. “Overall it means that club memberships can become a legacy asset for families,” he continued. “The children will feel that this is their own place.”

At SherpaReport, we’ve certainly heard plenty of stories of family vacation homes that are handed down, and then causing angst among the inheriting kids. With the club model, the kids are not trying to run a property, and there’s experienced club management to take care of all the maintenance and upkeep, which often pulls families apart.

Destination M was founded in 2004. “We’ve been around long enough, and families have traveled so much that some of the young (grand)kids think of the homes as grandpa’s place,” remarked Brian.

“We are all owners” he noted. As an example, he pointed out that if a property is still open (or unreserved) within 30 days, then any member can use it and it doesn’t count against their annual nightly total. “So all M Plans are essentially unlimited nights” he emphasized. “Rather than have a property sitting empty, it’s better to have an owner using it.”

“To me it’s the smartest way to own recreational property,” concluded Brian.