Who Joins a Destination Club – The Demographics

It's been a while since we saw some details on the types of people joining destination clubs. So we recently reached out to several clubs to get a picture of the sort of people who are becoming members. Here's a run-down on the answers that we received, together with some earlier data.

Several years ago one of the larger destination clubs shared the following demographic data that it had developed from a member survey:

The above was data we saw a few years ago, so what are clubs saying today. 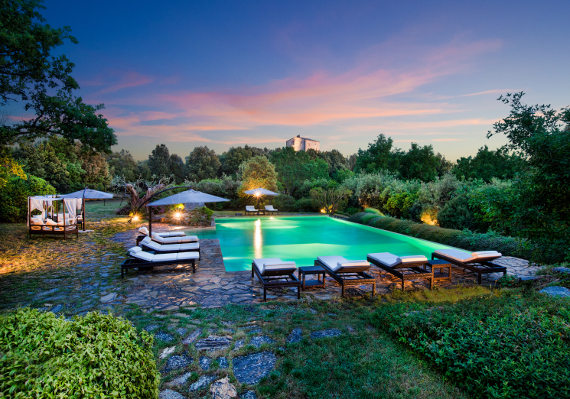 At Rocksure we talked to Managing Director David Rogers. This is what he told us:

"Almost all of them are aged between 50 and 55 when they invest. We believe this to be partly for demographic reasons -- kids the right age for villas or having left for University in the case of the Capital Fund-- and partly for financial reasons - i.e. they have assembled the necessary free capital."

"Their backgrounds are much as you would expect: financial services, lawyers and other professionals, senior executives and successful entrepreneurs."

"The difference in age group between Capital Fund and Crystal Fund is probably no more than 5-7 years; the departure of children to university and early retirement are traditionally the key factors."

As background, the Rocksure Capital Fund is buying apartments in ten European cities. These tend to be 2 bedroom residences, so between the city locations and the size they seem be favored by a slightly older demographic.

"An exception to all these norms and trends is an English couple who subscribed to the Capital Fund a few months ago despite BOTH of them being over 80! There's hope for us all......." said David.

Our contacts at Inspirato reported the following:

"The majority of our members are between 40 and 60 years old and the majority also have a household income over $200,000."

"Approximately 70% of Inspirato members are married and approximately 55% of members have children (of all ages)."

"The most common ages of Equity Estates investor members are between 44 to 54. But then we also have members 65 plus. They all make annual income of over $250,000. Most all have children with the older bracket having grand-children. They let their adult children travel without them for family trips and of course, with them too or with other couples."

"More than three quarters have college and advanced degrees. We have many entrepreneur business owners and professionals such as doctors, lawyers, and various types of finance professionals who all see the value of our Luxury Residence Fund."

"The typical Equity Estates investor member resembles the millionaire next door rather than the flashy celebrity or athlete, although we do have some of those too. Our investor members are white collar professionals with well-paying jobs. Most live in wealthy suburbs and wish to enjoy a vacation in a home as nice or nicer than their own home, but preferably a well-stocked and appointed home, of course."

"Traveling to this group is just as much about exploration as it is the experience of being in one comfortable place with their friends and families. Some itineraries are booked solid morning to night and others don't want anything scheduled to afford some unwind time."

In summary, based on the above and what we've heard anecdotally, you can see it's a wealthy group of members, with incomes above $200,000 and in most cases significantly above this mark. Members tend to be about 50 years old, but with quite a bit of variation around this. Most are successful professionals and entrepreneurs, with a good sprinkling of celebrities too.