In a recent interview in magazine Aviation Week, Netjets CEO David Sokol, stated that Netjets “added 100 net fractional share owners last year.” This was a turnaround from 2009 when the net number was down by 82. 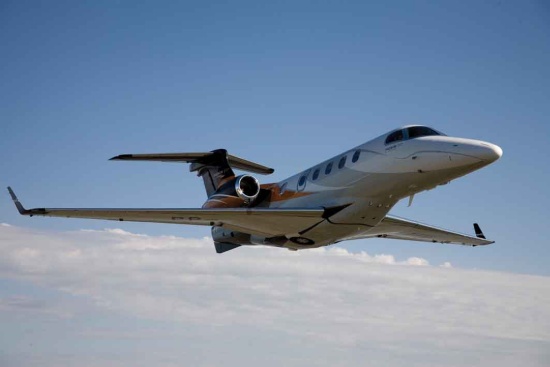 Sales to business were the strongest area and he thinks this trend will continue, saying, “The boards want the CEO to continue flying privately, but want it done efficiently, and safely. So in 2010 our strongest segment was corporate share sales. I think it's going to be true going forward.”

One of the first things David Sokol did when he was brought in to run the company was to question the number of aircraft types, and to cancel aircraft orders to keep the fleet size in line with the lower demand during the downturn. “The goal is to take the number of different types down and to buy new-generation aircraft that we specify versus just what the manufacturers have,” he told Aviation Week. At the end of last year, Netjets reopened their order book with a deal for 50 Embraer Phenom 300 jets (pictured above) and options on a further 75 of these planes. The $8.4m Phenom 300 is an upgraded and larger version of the Phenom 100, and can carry 8 or 9 passengers.

“We need airplanes that are highly reliable, highly maintainable, extremely environmental and energy efficient, and designed to not be outdated.” he told Aviation Week. “Our average fleet is about 7.3 years when you subtract the 47 we just sold because obviously we sell the oldest aircraft.”

Commenting on the commitment of Netjets owner, Berkshire Hathaway, David Sokol stated, “I think it's a business that believes has a real place, particularly for .

Our 4,000 customers are among the most important, wealthiest, most powerful people in the world. And that's a group of people does a lot of work with in different ways.”

Summarizing his views on the core Netjets product he declared “I think fractional aviation is going to demonstrate itself as a more important product long term than it was even perceived to be before the downturn. It's so much more efficient.”