Private jet company Jet Linx had temporarily suspended jet card sales in October, to ensure its promise of providing guaranteed services to its members during the peak travel season. It has just restarted sales of new jet cards on a limited basis and subject to a waitlist at each Jet Linx private terminal location. The number of new cards are based upon the capacity of Jet Linx's exclusive closed fleet of private jet aircraft and the status of Membership Tier priority.

Jamie Walker, President and Chief Executive Officer of Jet Linx, told SherpaReport that his company had seen growth really start to rebound in March of 2021 as the vaccines rolled out. Jamie noted that by 4th July there was a significant spike and that this had continued on since then. This growth was driven by both new customers and the client base flying 40% more than they had been in prior years. As with other operators, Jet Linx has been seeing a lot of leisure flights, including more friends and family on flights, but business travel is only slowly coming back.

When Jet Linx decided to put card sales on hold, Jamie noted that if they had not suspended card sales it would have been difficult to serve clients at the expected level. He told SherpaReport that they wanted to go through the Thanksgiving and Christmas and year-end holiday season to be able to assess the full demands on their fleet, adding “weather starts to play more of an issue at this time of year, and mechanicals are always an issue.” 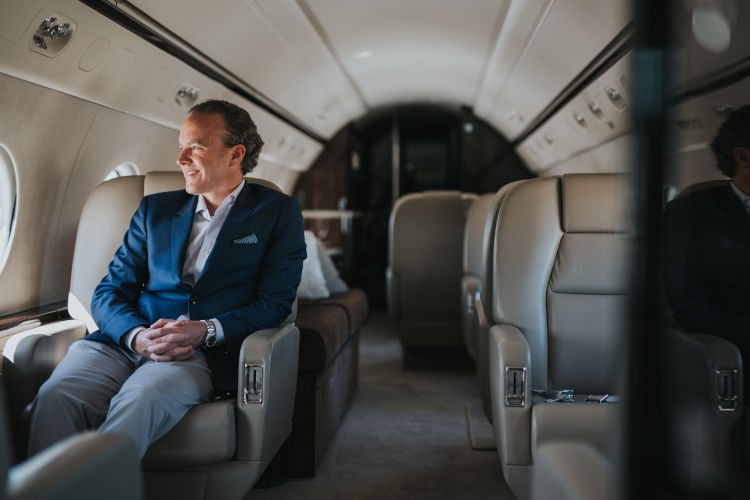 Jet Linx has 20 bases around the country in Atlanta, Austin, Boston, Chicago, Dallas, Denver, Detroit, Ft. Worth, Houston, Indianapolis, Miami, Minneapolis, Nashville, New York, Omaha, San Antonio, Scottsdale, St. Louis, Tulsa and Washington D.C. Each base manages aircraft for local owners and jet card holders fly on these locally owned and managed planes. The number of jet cards available is therefore tied to the aircraft that are based in a given location. So having come through the busy holiday season its clear Jet Linx has run the numbers and seen that it has the capacity to start adding new jet card holders.

"In order to safeguard the quality and reliability of our Jet Card service offering during this unprecedented spike in demand for private aviation, we are restricting our number of new Jet Card Members and resuming sales on an extremely limited basis," said Mr. Walker. "Since the launch of our Jet Card in 2004, we have provided guaranteed availability, hourly rates and safety excellence for all Jet Linx clients, and this managed, limited approach to new Jet Card sales will enable us to do just that while continuing to provide the only Forbes Travel Guide Five-Star standard of service excellence in private aviation."

Last fall Jet Linx was selected as the first operator to receive ARGUS's new Platinum Elite safety ranking. The Platinum Rating takes an in-depth look into the quality of documented processes in place and is only awarded to those operators who have demonstrated successful implementation of industry best safety practices relative to their operations and maintenance.