Aspen, Colorado, known as a premier travel destination for the wealthy and the glamorous, is experiencing renewed interest in fractional ownership at private residence clubs. The popular mountain destination boasts year-round opportunities with a mix of cultural events, a cosmopolitan nightlife, verdant mountain scenery and, of course, ski resorts that attract world-class skiers. Even with all these vacation features, Aspen did not escape the real estate slump induced by the 2008 recession. But a turn-around appears to be in the works. Reports show residential sales are rebounding with fractional properties just beginning to show an uptick.

The Aspen Times reports overall real estate sales were up in 2010 with prices at 30 to 50 percent off the 2006 high marks. Yet, fractional home transactions appear to be lagging behind the overall market. A separate article in The Aspen Business Journal reported a 35 percent decrease in number of units sold in 2010 over 2009. The market may be about to change, however, as the month of December 2010 posted an increase of a whopping 133 percent (14 units) over 2009. 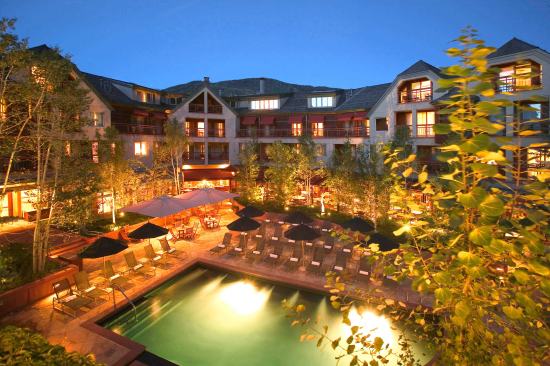 The Residences at the Little Nell.

Aspen real estate experts are reporting high interest from both international and US buyers. The Aspen Business Journal recently talked with several professionals in the fractional market and learned that they are upbeat, noting that the increased inventory is keeping prices competitive. RJ Gallagher, representing The Residences at the Little Nell (RLN), says the RLN did an impressive $55 million in sales for 49 properties in 2010, the highest in the county. RLN represents the high end of the market. (In 2007, the RLN was the most expensive PRC in the world at $3 million for a 4-bedroom unit with a 1/8th share.) It is a collection of 26 ski-out, ski-in residences located at the edge of Aspen Mountain. RLN's prize location and its management by Little Nell, Aspen's only Forbes Five-Star and AAA Five-Diamond recognized hotel, contribute to its exclusive reputation. The average sales price in 2010 was $1,413,019.

Stefan Peirson, director of residence sales at the Innsbruck Aspen, agrees the market is definitely turning around. "I'm feeling like an enormous amount of activity is about to happen," he says. "Innsbruck sold nothing in three years; we've sold six since July."

Buyers want a deal, Peirson says, whether it's free HOA dues or something else that affects the price. "Right now, everyone in the business is figuring out how to set the floor so deals don't take forever," he says. "I feel that we're 60 days away from setting the floor on all three product types (at Innsbruck)."

Innsbruck Aspen features moderately priced fractional properties and is currently touting its 1,180-square-foot unit with two bedrooms and three baths. A 1/12th deeded fraction is selling for $189,999. Peirson says one of their marketing strategies for this unit is to offer a "space available" program where the owner schedules two of their four weeks and the remaining two weeks can be booked on short notice and in shorter segments. Most other private residence clubs have similar scheduling opportunities but he's specifically targeting Denver buyers who have a short drive. The Innsbruck is located in Aspen's West End, just three blocks from restaurant row and four blocks from Aspen Mountain.


But lower prices, which have been around since 2008, are just part of the story. Why are people buying now? Before the recession, buyers may have been looking for a single vacation home as an investment. Buyers know that a 30 percent return on investment is not realistic anymore. Now, Peirson says, it's about enjoying the lifestyle and the vacation.

"People who have some money on the sidelines are growing impatient," he says. "They still want their lifestyle...with fractional properties they can enjoy their lifestyle without spending all their vacation dollars on a property. Why pay for something you're not using? It's got to make sense to people."

Ivan Skoric, is sales manager at the The Ritz-Carlton Destination Club  a ski-in/ski-out village at Aspen Highlands ski resort with equity-based membership options. As a destination club, the Ritz-Carlton offers members access to more than 70 hotels worldwide.

If now is the right time for you to buy, read up on questions to ask before buying a fractional property and  fractional mortgages.