Several companies in the private aviation sector have been reporting increasing sales, and this is backed up by research showing more interest in private flying amongst the affluent. 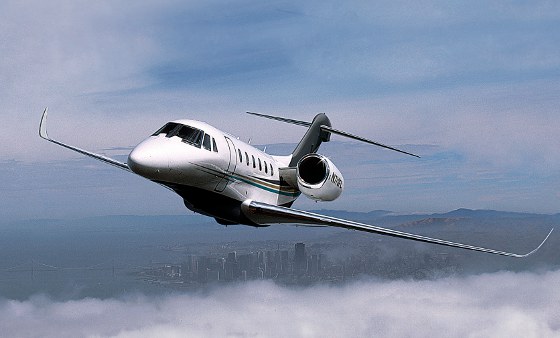 Fred Reid, president of Flexjet, recently told Pimm Fox of Bloomberg Television that he's seeing more people move to private jets and fractional ownership. "The big driver of fractional jets or private jets in general is the massive time saving" said Fred Reid, "and getting to 5,000 airports as opposed to 450 of all airlines."

"We are sourcing interest from all corners of the market – from seasoned fractional owners not currently with Flight Options who are looking for better pricing to jet card users looking to make a longer-term commitment to entirely new, first-time owners," said Michael J. Silvestro, Flight Options Chief Executive Officer. "Importantly, a growing number of current Owners, Members and Cardholders are renewing their fractional and jet card agreements, an encouraging trend for our company and the industry."

While industry stalwart NetJets is rather quiet on the details of its results, the figures reported by its parent Berkshire Hathaway show that it contributed $54 million more in profit in the third quarter of this year compared to last year – suggesting some strong underlying growth.

On the consumer side, The Luxury Institute's Wealth Report for September 2011 showed private jet travel has become more popular, with 12% of respondents (those with a net worth of $5 million or higher) planning to boost spending in this area, compared to 9% in 2010.

This growth is a big contrast to a few years ago, when the slow economy had a very adverse effect on all the private aviation leaders. The low point was probably in 2008 when the CEO's of the big three auto makers flew down to Washington in private jets to ask for taxpayer bail outs. The resulting media attention had a negative impact across the private aviation industry. Things have certainly started to turn around and more companies and individuals are recognizing the advantages of private aviation and in particular the significant time savings that it can provide.