Saturdays Wall Street Journal reported that Tim and Edra Blixseth have come to a settlement over ownership of the exclusive Yellowstone Club in Montana. 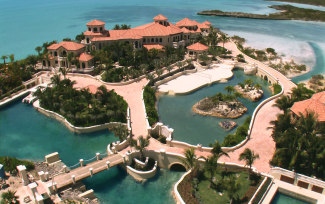 Yellowstones Private Turks & Caicos Island
Edra will take over her husbands 50% stake and become the sole owner. At one stage the Blixseths were planning to sell the club for $500m to a Boston based private equity firm, but this deal fell through in March. Theres no mention of Yellowstone Club World, the ultra luxury destination club that they set up following the success of their Montana club.

Yellowstone Club World stopped adding new members last year, and that the only members were folks who had upgraded from their membership of Yellowstone Club.

The Blixseth divorce has clearly slowed down the membership at both Yellowstone Club and its sister destination club. In the meantime the leader in the ultra luxury destination club sector, Solstice, has continued to add homes and members. Two new ultra luxury destination clubs have launched in the first part of 2008. Everlands has a conservation ethos and plans to own 45 properties around the world. They have hired some management members from Yellowstone Club. The founders of Botiga have been operating a luxury ski chalet business in Europe for over ten years, and are applying this knowledge to their new club.