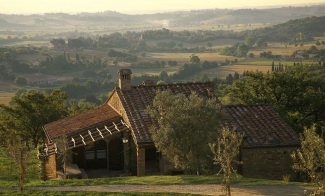 Ultimate Escapes is asking its members for a total of $22m, which is equal to 100% of the dues and nightly fees that members paid in 2008. Spread across the clubs nearly 1,250 members this averages out to approximately $17,600 each.

The tight financial situation is also making the clubs more financially transparent to members. The clubs that have been asking members for more money have shared more details than they would in the past.

In Ultimate Escapes case they held a conference call last Thursday evening in which Jim walked through a presentation with 800 club members. This then evolved into a Q & A session which overall lasted for two and a half hours.

Much of the specific information on the call is confidential between the club and its members, but here's what I gleaned from Jim and can share.

Members are being given 3 to 7 extra days of travel this year (with the number depending on their membership level).

All members can use the new reciprocity program of affiliate properties that Ultimate has started to announce, such as the partnership with Capella Pedregal and the one with the FOLIO Collection.

Other Options For Ultimate

This special assessment will see the club through 2009 and into 2010 even if there are no new membership sales. Although the plan that Jim shared with members last night includes a reduced level of membership sales in 2009 and then higher sales in 2010.

Ultimate had also explored other options such as a permanent dues increase, which is what Quintess recently put in place. Jim said that a permanent increase in dues was not necessary, particularly once this economic cycle started to turn. Another option would be making the club smaller, although Jim didn't feel that would make sense either.

In 2010 the club has a variety of ways for increasing its cash flow, including"

and in reality this list is pretty much the complete list of overall sources at any time, but in the current markets some of these sources, which are the clubs preferred sources, are very hard to access.

Members can pay this assessment in 4 equal monthly installments and they can also finance it through FirstAgain, a financial house that has worked with Ultimate customers in the past.

All payments of the assessments are being deposited into an escrow held by International Escrow Services of Atlanta who will hold the funds until a minimum level of assessments are reached. If less than a minimum target amount is received then the club may operate a smaller scale club in a reduced format if members vote in favor of this.

The club has been actively cutting costs and overall has reduced total costs by about $10m between 2008 and 2009. Staff costs and salaries have gone down by about 30% with the largest cuts for Jim Tousignant and Chairman, Rich Keith. In a pretty forthright move the club actually shared the salaries of these two execs with the members.

The club is also sharing the 2008 unaudited financials and the 2009-2014 forecasts with all the members.

In a further, potentially overdue sign of openness, the club also shared with the members the number of people on the resignations lists, split out by each club level. As with most other destination clubs this list has grown significantly over the last few months, whereas in the past all the clubs have reported very low resignations.

There's a lot for members to digest and for many it will be both a financial and an emotional decision. But it's now time for the members to make the assessment. (and yes, even in these tough times, that was said with a little levity and the pun, or rather double entendre is very much intended. Hopefully a little sense of humor, and even a small smile can ease some tough decisions.)