The destination club has launched a new program, which lets prospective members try out the club for a year. 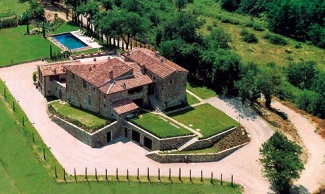 Quintess Tuscany Home
Quintess offers over 80 homes and experiences in 40 destinations around the world. This includes homes with their partner club the Oyster Circle and their "Q Leading Experiences" with partner Leading Hotels of the World. These homes typically have 3-5 bedrooms and average around $4,000,000 in value. Members have a dedicated team of Member Travel Advisors to cover every aspect of travel planning and preparation, and on-site Destination Hosts to take care of all local needs.

The new program from Quintess means "prospective members don't have to put a lot of money down and so can really experience the club without a large financial commitment" said Todd Miller VP of Marketing at Quintess. People trying the program "get full membership rights and privileges" continued Todd.

At the end of their trial year, if members decide to join the club, they can then pay the normal membership deposit over a period of 3 to 6 years. The membership plans with more nights and so larger initial deposits have a longer deferred payment period - so for instance the Q7 plan with 60 nights can be paid over 6 years.

"We don't want to get into the business of selling travel nights," said Todd, so people trying the program are considered members of the club.

Various trial programs amongst the destinations clubs have proliferated of late. A&K Residence Club has a trial that we covered yesterday. Exclusive Resorts launched their trial program at the end of last year.