Rated number seven in the world rankings of professional tennis players, Czech born Tomas is considered by many to be one of the most exciting players in the game and a potential Grand Slam winner. He joins several other notable sports stars as an Ambassador for the equity destination club, The Hideaways Club. 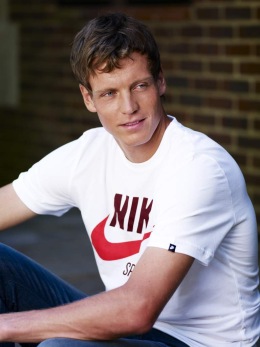 He first picked up a tennis racket at the age of five and since turning professional in 2002 and winning his first title at the AMS tournament in Paris in 2005 has stormed up the rankings to his current position. Not only is he the number one Czech player, a country renowned for producing some of the finest players, but among many other top finishes he has been a Wimbledon finalist, has achieved his third ATP World Tour title and in 2011 won the China Open in Beijing.

Commenting on his role as Ambassador Tomas Berdych said, "I am thrilled to be involved with such an exciting and innovative company as The Hideaways Club. I frequently travel to some of the most exotic countries around the world, staying in beautiful properties in wonderful locations. But having stayed in one of the company's fantastic villas, I can only say I have never been so impressed and so well looked after which made for such an enjoyable and memorable experience."

Hideaways operated two funds. The original Classic Collection of luxury villas and chalets and the newer City Collection of apartments in the world leading cities. The clubs other Ambassadors include Formula 1 driver Nick Heidfeld and retired tennis player Tim Henman.