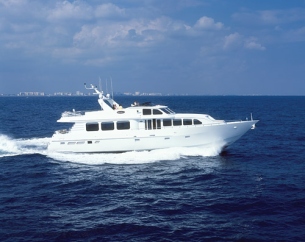 Solstice is an ultra luxury destination club with 14 homes and a 90 ft yacht spread around the world. The homes have an average value of about $6.5m.

The club has a $23.6m loan from affiliates of private equity and hedge fund group Fortress. This loan is secured by most of the clubs properties. Problems arose at the club when this loan recently came due. As one Solstice member commented to us, this wasn't exactly a wise decision taking out a short term loan secured against (a long term) real estate (asset).

The good news is that members have moved quickly to try and rescue the club. Carolynn Rockafellow, who is the newly appointed CEO of Solstice is a member of the club and a Credit Suisse investment banker. The prior management appear to have stepped aside and it looks like members are now in charge.

About 24 of the clubs 95 members have agreed to make (debtor-in-possession) loans to keep the club going. The club is also planning to sell some of the homes to repay the Fortress debt.

Unlike in the cases of High Country Club and Lusso, where chapter 11 filings eventually led to the more severe chapter 7, it looks like Solstice has a better chance of keeping going.

There are some good, well run destination clubs, but the continued bad news from other clubs makes their lives harder, because to some extent they get tarred with the same brush. If you're looking into joining a destination club then do download our Guide to Destination Clubs, which includes due diligence questions to ask the clubs you're interested in.

Editors Note: Solstice was subsequently acquired by new owners, and is now debt free, and has many of its original members.