"Is Graham Kos crazy?" that's how the founder of destination club Solstice opened the conversation when SherpaReport talked to him about ending the lower end membership plan and raising the prices for the clubs other two membership plans. 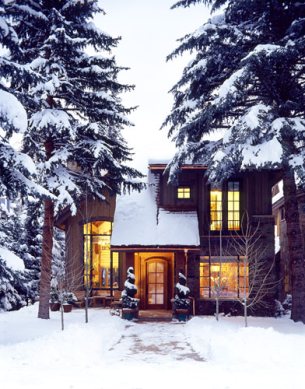 Solstice is at the higher ultra luxury end of destination clubs, with its 15 homes having an average value of $6.75m.

As Graham explained, Solstice started from the simple concept of wouldn't it be great for 4 friends to share a vacation home. Which then expanded to, well if it makes sense for 4 then why not 8 friends and 2 homes and why not 40 friends and 10 homes. So the Solstice model has always been very much a second home club with as few rules and as open access as possible, and with all the maintenance off-loaded to a third party.

Both Graham and fellow founder Jeff Scult have had multiple conversations with the clubs members about how to make the club better, simpler and less structured. At the Solstice Advisory Board meeting this Monday, all the members wanted to move in this new direction, and the decision was taken to suspend the Signature membership plan effective January 1, 2009.

The main effect of these changes is to make sure that Solstice members have excellent access to the clubs homes. The club will have a 50% occupancy rate, in other words the homes will be empty and available 50% of the time. As Graham explained, members want to be able to both plan ahead for their vacations but at the same time want to be able to visit the homes with just a few days notice.

With its focus on very high end, unique homes Solstice plans to add 8 homes and about 48 members over the next 24 months. Graham is currently looking for European properties in Rome and St Tropez, then on this side of the Atlantic is looking in the Riviera Maya, in Miami, Kiawah, St Barts and Napa Valley, the latter two being places where Solstice already has one home in each.

As part of the above changes the club is also dropping its target level of debt from 40% to 35%. It is currently at 33%, but this is likely to rise with a new home addition.

In the current environment it's certainly bold for Solstice to be making these moves, but it makes a lot of sense if the members are focused on access and availability.

Note other destination clubs have on the whole been going the other way and adding lower tier membership plans offering 7 or 10 nights of use. These plans tend to have more restrictions on their reservations times, for instance they often can't reserve holiday periods in advance. They do offer a good way to try out the clubs and the whole destination club service and experience. Solstice is somewhat unique in allowing all its membership plans to reserve peak holiday periods, and just charges a weekly premium for these popular times.