The CEO of fast growing Crocs shoes has just joined the advisory board of the ultra luxury destination club Solstice.

Solstice has been active in building out its advisory board. Earlier this year the club announced that Dr. Hank McKinnell, retired Chairman and CEO of Pfizer Inc, was also joining their advisory board. Other advisory board members include Christopher Colfer, CEO of Dunhill and Andrew Harper Founder and Editor-in-Chief, Andrew Harper's Hideaway Report. In the words of Solstice, the purpose of the board is to "offer insights into further strengthening Solstice's commitment to delivering its members the highest caliber of second home alternatives and personalized service." Having such high-powered business executives on the board is also a great sign of strength for this luxury destination club. 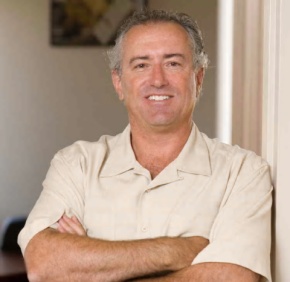 "We are pleased and honored with Ron's decision to join Solstice, first as a club member, and now as an advisor. Ron brings strengths and expertise with international brand development, growth and marketing that will add greater depth and direction to our organization," said Tim Wolff, chairman of Solstice.

Although they were only launched in 2002, Crocs shoes are expected to generate over $750 million in revenues this year. Prior to joining Crocs, Snyder had an extensive career in corporate leadership, serving as founder and officer of the Dii Group, Inc., where he led various departments including manufacturing, operations, mergers and acquisitions, and sales and marketing. In 2000, he joined Flex upon the company's acquisition of the Dii Group. He served as an Officer and President for NASDAQ-listed Flextronics Design Services through 2003.

"Our holiday time spent in the Solstice homes have been exceptional, and we really appreciate Solstice's dedication to providing its members with the highest-quality experiences," says Ron Snyder, CEO of Crocs, Inc. "On a professional level, Solstice has realized great success, with many exiting new developments on the horizon. I am pleased to join on as an advisory board member for this destination club industry leader."

Solstice Collection offers its members access to 11 homes and a yacht with an average value of $6.5m. The Platinum membership level, which provides 28 days of advance reservations and then unlimited use within 60 days of travel, costs $875,000 for the initial membership fee and then $42,000 per year.

For more information on Solstice see the related articles below, and start at this table to compare Solstice to other destination clubs.