Philippe Bourguignon is the new CEO at Exclusive Resorts

Philippe (pictured right) is replacing Jeff Potter who is stepping down from the CEO spot, but will be joining the board of Exclusive Resorts. 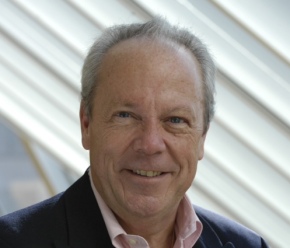 In his letter Steve Case noted "Philippe is a 40-year veteran of the global hospitality industry, and has amassed an impressive track record as an innovator and leader. Highlights of his career include serving as chairman and CEO of Euro Disney, chairman and CEO of Club Med, president of Accor for the Asia/Pacific region and executive vice president for North America, and as vice chairman of Revolution Places and CEO of Miraval Resorts. Philippe also has served as the co-CEO of the Davos-based World Economic Forum and as a member of the board of directors of a variety of great companies including eBay and Zipcar."

This certainly suggests that Exclusive Resorts is putting a large emphasis on the hospitality aspects of the destination club, and looking after all facets of members' vacations.

In the same letter to members, Steve also commented that 100 new members have joined the club so far this year, and for the first time in its history the club is forecasted to reach operational break-even at the end of this year, All very positive signs.