The Calgary based, equity destination club, has just announced its 2013 annual fee levels, which marks the 3rd year in a row of lowered dues.

These two destination clubs or luxury vacation clubs have quite a bit in common - for instance both were launched by Brent and Brad Handler, and both provide residences around the world - and, they also have their own unique distinctions. We review them side by side so that you can see the similarities and differences

Equity Estates just announced a multi-million dollar investment from Canadian based Luxus Group. The purchase of member interests marks the largest international transaction for Atlanta-based Equity Estates, and continues the trend of partnerships and cross investments between equity destination clubs.

These two large luxury travel leaders have announced that Exclusive Resorts will take over all the operations of the Abercrombie & Kent Residence Club, effectively managing the club for its members. At the same time Abercrombie & Kent has been named the Worldwide Travel Experience Provider for Exclusive Resorts, providing members with access to private and independent travel anywhere in the world.

The luxury destination club has increased its destination portfolio by more than 33% in 2012, adding 20 new destinations. Members now have access to more than 170 luxury residences and experiences in more than 60 of the world's most sought-after destinations.

This new style destination club, in which members pay on a rental usage model, now offers more than 170 vetted homes and villas, in 60 destinations around the world.

Overview of Portico Homes and Costs

This is the third article in the series on luxury travel clubs, which shows the costs of membership. The article compares different vacation residences, revealing the prices at various times of the year. The third club in our series is Portico, which offers luxury vacation homes around the world.

The Top 7 Reasons to Join a Destination Club 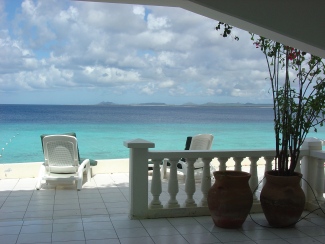 Membership in a destination club gives members access to a collection of luxurious vacations homes around the world, in upscale locations. In addition, members enjoy a wide variety of personalized services and resort amenities. Why should you consider joining a destination club?

Simply called "Inspirato for Business", the new membership category is aimed at companies who want to provide Inspirato level accommodation and services to their staff and business partners.