These two clubs are collaborating to expand the portfolio of multimillion-dollar residences accessible to each membership. In outline the two clubs are making some of their homes available to members of the other club.

Exclusive Resorts and Quintess are two of the best-known and most well-established destination clubs in today's luxury travel market. Both offer a range of high quality homes and high levels of service in locations around the world. We review them both so that you can see the similarities and differences, and see if one is right for you.

This equity destination club builds portfolios of 6 luxury vacation homes that are collectively owned by 50 investors. The two current portfolios, Atlantic One and Pacific One, have a US East Coast and West Coast focus to their homes. With a new planned portfolio of city homes due to be launched.

The Canadian destination club M Private Residences has been structured as a non-profit corporation since 2008. This means that it is not set up to generate profits for outside shareholders. This is the only destination club with this type of structure, so here's a walk through on what this means for the club shareholder members.

The Canadian based equity destination club Luxus, is currently looking for investors in its second and third funds, but plans to take a break from adding additional lifestyle funds, once these two are sold out.

An Interview With Greg Salley of Equity Residences

The equity destination club, Equity Residences launched its second fund just a few months ago. We caught up with co-founder and Managing Director Greg Salley to talk through the funds and what it means to be an investor in Equity Residences.

The equity destination club has been adding several homes to its second fund. Investment levels have also increased as vacation home prices start to recover.

Continuing in our series of extraordinary and ordinary requests made of club concierges, we're focusing on Rocksure, an equity club offering both villa and apartment funds. Both fund owners and the general public have the opportunity to stay in Rocksure's properties, and all guests receive the same service.

The new Equity Platinum Fund will acquire 20 luxury vacation residences, each with a value between $2 million and $3 million. Some of the target locations for the new fund include Cabo San Lucas, the Bahamas, Deer Valley, Hawaii and West Palm Beach.

Who Joins a Destination Club – The Demographics 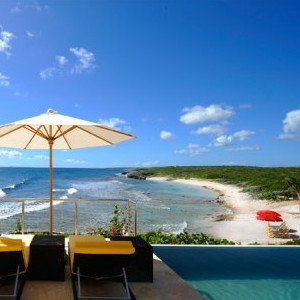 It's been a while since we saw some details on the types of people joining destination clubs. So we recently reached out to several clubs to get a picture of the sort of people who are becoming members. Here's a run-down on the answers that we received, together with some earlier data.