Exclusive Resorts, the largest destination club, announced today that it has passed the $1 billion mark in the value of its owned residential resort real estate. 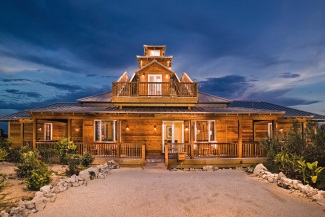 It's certainly impressive that since being founded in 2002 the company has grown at such a fast pace. The club now offers over 300 residences worldwide, and has another 150 currently under construction, all of which are for the exclusive use of the club and its members. These homes are in more than 35 separate destinations around the world.

Destination clubs are often looked at as an alternative to owning a vacation home. All the research we've seen shows that second home owners use their homes between 25 and 35 days a year, so the six trips per year (for Exclusive members) is fairly typical of the number of times people would use their fully owned second homes.

Yesterday, the second largest destination club, Ultimate Resort, reported that it had completed its acquisition of Tanner & Haley.