An interview with Nick Wood, CEO of Distinctive Holiday Homes

Since its launch last year, Distinctive Holiday Homes has already grown to over 50 members and 11 residences. We recently caught up with Nick Wood, the destination clubs founder and CEO. 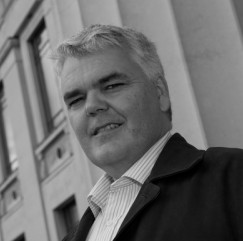 Nick was the founder of iHug, one of the largest Internet Service Providers in New Zealand. After selling iHug in 2003 he bought and totally refurbished the Octopus Resort in Fiji, and then started to develop Distinctive Holiday Homes (DHH), which he launched last year. We met with Nick in Miami after hed been on a whirlwind tour of the US looking at new homes in Hawaii, Los Angeles, New York, and Miami.

The club is one of the most global destination clubs, with homes in Australia, New Zealand, USA, France and Italy and with two yachts in the Mediterranean. Nick stated that the plan is to keep 15% of the residences as water based homes. He is looking at adding a third boat to be based in Miami and the Caribbean towards the end of 2008. Theres even more of a nautical theme with the home in Noosa, Australia having a pontoon boat so members can explore the neighboring rivers, and in Auckland, New Zealand theres a 25 foot boat for members to discover the islands in the city of sails.

The next homes to open will be in Hawaii and New York, followed by London, Sydney, Provence and Los Angeles over the next 9 months. Nick and his team choose globally appealing properties and locations rather than locally appealing locations, as an example the club is unlikely to buy in Scottsdale, Arizona, which he sees as having purely domestic US attraction but lacking a truly global appeal. Unlike some of the larger clubs he doesnt plan to have any enclaves or mini resorts, instead he would rather have 20 different homes throughout Tuscany rather than 20 all in one location.

While the club buys the homes for their locations they will often fully update and refurbish the homes before they are opened. In Beaver Creek, Colorado and Megeve, France both homes were fully refitted prior to opening, the staff at Distinctive got in every bath tub and every shower so that they would see what the members see.

The clubs members are a diverse selection of nationalities, with representatives from Norway, Sweden, Mexico, Bermuda, Ireland, France, USA, Australia, and New Zealand. This global representation helps gives the club a very balanced usage across its homes since members from different countries have diverse holiday periods and various peak travel times.

Nick gave an example of a member from Australia who had taken a week in Tuscany and then two weeks on one of the yachts around Greece and the Mediterranean. Sounds like a fantastic trip but probably a stretch for a US member given typical vacation patterns.

Every Distinctive home has a concierge/butler who is an employee of the club and knows the local area. The concierge will prepare dinner or a snack on the day members arrive, and will make breakfast every day for the member and their guests. The concierge will also help you organize local activities and plans and can come in 2 or 3 times a day, or can leave you completely alone if thats what you prefer.

Distinctive Tuscany Pool
As an example of the local knowledge Nick told us about the concierge in Tuscany who had arranged for the Members to go to a local operatic concert in the marble quarries in Pietrasanta, the home of Italian marble in Tuscany, and the marble that Michelangelo once used. The concert was held deep inside the quarries where the marble had been cut, and was a classic example of an event that only the locals know about.

Just like other destination clubs, DHH will stock your favorite food and beverages for when you arrive, and the concierge will also shop for food throughout your stay  theyll even take you on tours of the local market if want to partake in the true ambience of places like Tuscany. One of the unique features of DHH is that the first $500 of your food and beverages is included in your annual membership fee for each week of membership, so there are no extra costs.

Another service that DHH provides, that is rarely found in other clubs, is the complementary luxury car at each home, this is usually a BMW or Audi, and there are even two cars in Beaver Creek. The cars satellite navigation systems are preprogrammed for the local area so that members can explore with confidence. Similarly every residence has a local cell phone for members to use, which is also preprogrammed with useful local numbers.

Nick constantly stressed the wide open availability at the clubs homes  unsurprising with the current 11 residences and 50+ members, the club is clearly running ahead of its membership growth in providing a selection of homes. According to Nick, the only home that has any reservations in 2009 is Beaver Creek, which is booked for just a couple of weeks. The other homes are fully available.


With its global appeal, Distinctive Holiday Homes is clearly taking a different approach to most of the other destination clubs. The number of yachts in its portfolio provides another unique offering for its members. Nick was also keen to emphasize the well funded nature of the club, with over $25m in initial investment capital.