The equity destination club has just announced some changes at its senior level. 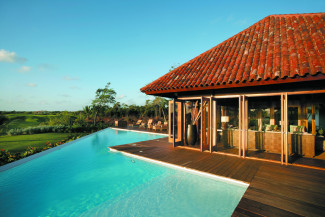 A&K Punta Cana
Jarvis Slade, who joined Abercrombie & Kent last year as President of the new A&K Residence Club, is moving to head mergers and acquisitions for A&K overall. In his note to members of the club announcing these changes Geoffrey Kent, CEO and founder of A&K stated that he (Jarvis) will focus on the expansion of club offerings across Europe and Asia.

Scott Wiseman, President of Abercrombie & Kent, Inc. in North America will now oversee the club. Scott joined A&K in 2006 and has spent most of his career in the hospitality industry.

Geoffrey Kent is becoming even more involved with the club. He is hosting a member conference call next month and is hosting the clubs first annual meeting in April. Given the large size and excellent reputation of A&K, its good to see Geoffrey Kent showing this high level of involvement in the new A&K Residence Club.