Members at M Private Residences do Plenty of Travelling

The equity destination club recently announced that its 142 members, took 655 trips with the club last year, in other words they are taking 4 to 5 vacations a year with the club.

One of the great advantages of joining any destination club is that you are really making a commitment to take family vacations, and the members of M Private are clearly making the most of their clubs homes. 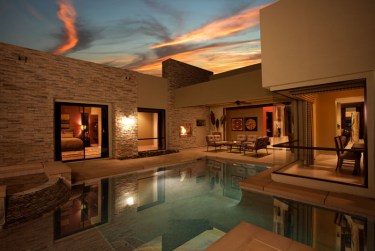 M Private Residences has 17 homes, which are mainly in Canada, the Western and South Western USA and Cabo san Lucas, Mexico, with additional homes in London, France and Barbados. The club is looking to add a new home in the next few months. Most likely this will be in the Palm Springs area. The clubs current home in Rancho Mirage, Palm Springs is one of the most popular amongst club members.

The number of club members has stayed pretty constant over the last year with new members coming in, as old members have left for personal financial reasons in this economy. Michele Beitel, VP of Sales, noted that 50% of these new members had been referred by existing members, which is a good sign that these folks just love their club membership, if they are referring in their friends. For 2010 the club is keeping its dues for each membership tier at the same level as in 2009.