Destination club M Private Residences has made some key changes to its pricing, structure and membership plans. This includes introducing a secondary market for membership share sales. 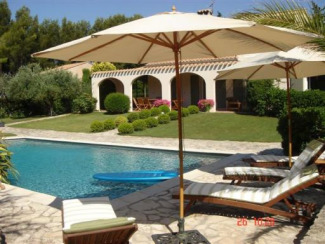 M Private owns 17 homes around the world with an average value of about Can$2m each. The 145 members of this equity destination club are also the shareholders of the company which both owns and manages the homes. The club originally had a sister management company, Teger Resorts, which has now been absorbed into the club in order to keep the overall management costs low in the current economic environment.

At the same time the club has raised its annual dues to make sure that these fully cover the clubs ongoing operating expenses. In the current economy this is very sound management and ensures the strength and viability of the club. The current shares classes are summarized below.

The biggest change is that the club is now going to effectively create a market for its shares and allow members to sell their shares on a "1 in 1 out" basis. Up until now the club ran on a "2 in 1 out" model for new memberships.

As the club sells new shares and grows its membership, it will be putting 93% of the capital raised into new home purchases. This is the highest proportion of initial dues going into real estate that we've seen amongst destination clubs.

Accompanying all the above, the two founders of M Private Residences, Paul Poscente and Ken MacClean, are stepping down from their management roles. Both are staying on as members of the club. The clubs board is now fully made up of shareholders of the club.