This fully renovated medieval hamlet is set in 32 acres in the protected area of the Niccone valley in Tuscany, 20 minutes from of the town of Cortona. The collection of stone buildings has been restored to comprise 21 residences and the hamlet has its own trattoria, olive groves and a pool. Services include a concierge, housekeeping, mountain bikes and winery tours. We wrote about this caring restoration a couple of years ago and interviewed Fulvio di Rosa, who oversaw the whole project.

“We closed on the Tuscany home about a month ago and will be ready for occupancy in late March” noted Stephen Petasky CEO and founder of Luxus, “We’ve spent the last month working with the Borgo di Vagli team furnishing the unit and getting it ready for our first guests” he continued. “Borgo di Vagli is a perfect first home for us in Europe, because the hamlet is managed by an excellent team of people, so our owners will be well looked after while in residence.”

“Several partners visited Borgo di Vagli in 2010 and highlighted the hamlet and the services and amenities it provides as a fitting home 'across the pond' for the group's partners.” said Lee Cogher of Borgo di Vagli. “We are proud Il salto di gatto is the Luxus Group's 21st property and their first in Europe.”

Luxus Vacation Properties has had a record start to the year and are currently adding a new (Member) partner each week according to Stephen. With the strong growth in partner numbers the club is also currently adding a new residence roughly every 6 weeks. Home number 20 for the fund was at The Rocks Club in Scottsdale Arizona and they already have homes 22 and 23 lined up. Stephen is optimistic that the fund will reach its target cap of 30 residences this year, at which stage the fund will be closed to new investors and he’ll start up fund two. 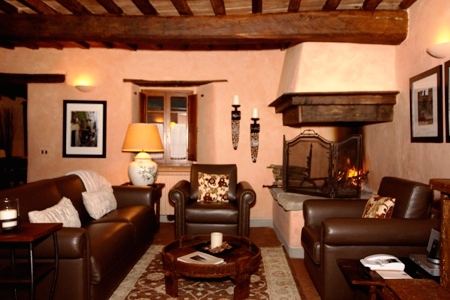 
As an investment fund there are no "members" as such but rather limited partners, where each partner owns a piece of the entire portfolio of homes. The fund sells approximately 210 days per home, so that its occupancy rate averages just under 60%, leaving 40% of the time open and available. For legal reasons, this first fund is only open to residents of Canada, but Stephen indicated he’d look in to broadening fund two so that it can have a wider investor base.