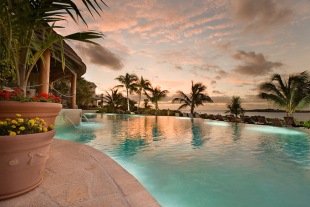 While BelleHavens is an equity destination club, the transitioned Havens members are joining on a non-equity basis, due to the terms on which they joined their previous club. We've heard that several Havens members have expressed interest in upgrading to equity status, and one of them has already done so. The other members have the option to upgrade to equity status anytime during the next three years. As equity members, they become owners of BelleHavens' portfolio of wholly-owned, debt-free real estate.

2006 saw the combination of several leading clubs as Quintess combined with both Leading Residences of the World and DreamCatcher, Ultimate Resort acquired Tanner & Haley, Signature merged with Portofino and Parallel merged with Solstice. At the same time several new clubs have opened in the US, Europe and one in Asia, so overall this remains a very dynamic sector for affluent travelers. Overall we consider this consolidation a good thing since it provides members with a wider selection of homes, and allows the clubs to build to a critical mass of members and homes.