SherpaReport spoke yesterday to Ben Addoms and Todd Miller of Quintess about the launch of their new destination club, DUO.

Club Holdings, the parent company of Quintess, launched the TOUR club earlier this year in partnership with the PGA Tour. They have been planning this second new club over the summer and have brought forward the launch in order to make an offer to the Ultimate Escapes members who are currently going through the purgatory of their own clubs bankruptcy.

Ben Addoms is one of the founders of Club Holdings and its Chief Marketing Officer. Todd is the VP Marketing for Quintess and DUO. 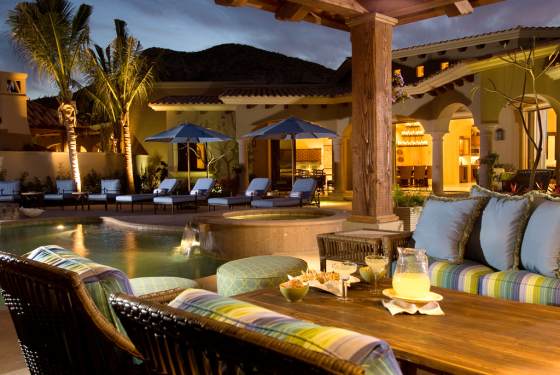 The club is starting with 11 residences in five destinations. These are Los Cabos, Mexico; Stowe, Vermont; the Turks and Caicos; Miami Beach and New York City. Most of these residences were former Quintess homes that have now been moved into the new club. Others such as Stowe are brand-new homes that have just been added. "The club is in active discussions to add more mountain destinations as ski season approaches, including looking in Snowmass, Jackson Hole and Vail. Other locations where the club is looking include Hawaii Orlando and Tuscany." said Todd. "We are planning to sell 270 nights per residence which is equivalent to occupancy of 65% to 75%" he continued.

Typical DUO homes will have 2 to 3 bedrooms although they may be one bedroom in city locations and will average $2 million in value. Members will be able to start travelling from mid November.

Ben noted "annual dues are equivalent to about $700 per night, this is a price point that seems to resonate." When or if the Ultimate Escapes members leave DUO they will receive back 75% of the then current membership fee.

DUO is offering 100 memberships at these charter price levels and then plans to raise the prices for the next hundred and then again for the next hundred. Ben stated that over 10 Ultimate Escapes members have joined already and they are in active discussions with nearly 200 others.

This same charter memberships are also being offered to current Quintess members who might want to expand their travel options. Ben explained that members want new destinations and new opportunities. By also offering membership to Quintess members it gives them more flexibility with access to smaller homes, rather than the larger 4 and 5 bedroom Quintess residences.

Club holdings plans to offer reciprocal use across all its three clubs of Quintess, the TOUR club and DUO. "This is one of the benefits of joining a club which is part of a network " said Todd. "We are also looking at a product that lets you join and travel across all the homes in each of the three clubs "added Ben.

DUO has also just announced that members can buy 10 days access to the Tour club homes for $12,000 and these days can be used any time up to the end of 2012.

DUO will provide similar sorts of services to other clubs such as travel planners and destination hosts, and so will very much provide things such as that all-important initial grocery shopping before members arrive. Service levels will not be quite at the level of Quintess, as an example Quintess homes have a cleaning every day whereas the DUO homes will be midweek and the end of week cleaning for a one-week stay.

The club will also look to add some special travel experiences in the same way that Quintess offers "Q Leading Experiences" in partnership with the Leading Hotels of the World. "We can re-apply what we've learned at Quintess in terms of a customized, personalized experience" said Todd. 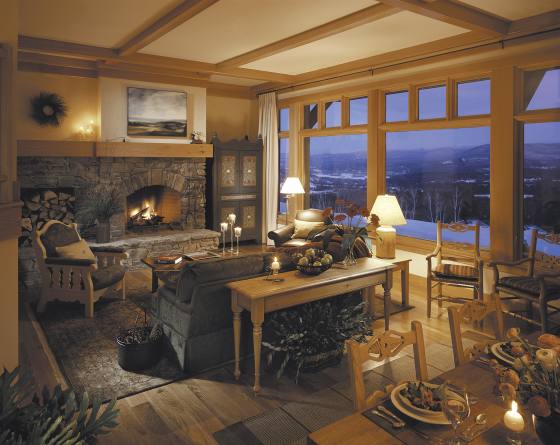 Given the recent Ultimate Escapes bankruptcy, new members should also be looking hard at the clubs financial statements. Club Holdings produces quarterly statements and annual audited reports for members and for prospects who sign an NDA. It's well worth getting your professional advisors to look through these if you're not sure how to read them.

One big question that I had for Ben and Todd was how Club Holdings could be so generous to the Ultimate Escapes members, by offering such a low joining fee. After all, many clubs have folded over the past couple of years, and a large number of them simply got their math wrong and did not charge enough - either in initial fees or annual dues. Here's the summation of their answers.

Club Holdings has an investor who has committed $210m in equity funding to grow the company. This investor is providing $20 million in funds and Club Holdings is providing a further $25 million in initial property to launch the new club. As noted above, most of the initial DUO homes are former Quintess homes. "The investors recognize that now is a good time to buy real estate" said Ben.

"At the current levels the annual dues cover all operating costs and interest costs for the club,' continued Todd. This is certainly critical and was one of the areas where Ultimate Escapes failed.

Even so, the fact that Club Holdings is offering to pay back Ultimate Escapes members 75% of the then current membership fee seems remarkably generous. Club Holdings is only asking these members for $12k to $26k, but in the future will have membership fees of $112k to $245k. Ben explained that all DUO members will be subject to a four in, one out resignation policy, so that as these members leave four new ones must join. Some of the funds from these four new members can then be used to redeem the leaving member.