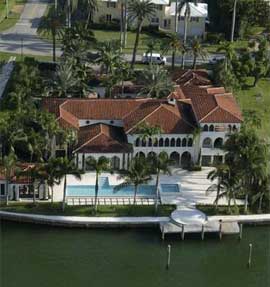 Opulent living spaces, star treatment, fine dining and entertainment, private jets and luxury vehicles are all part of the lifestyle many high-end destination clubs can offer members. It is a competitive market which prospective clients should thoroughly research before purchasing memberships. Taking a look at SherpaReport's destination club comparison chart is a great place to start.

So what does Carefree Elite have to entice wealthy vacationers?

Elite's predecessor, Carefree Lifestyle, has been in business for over 7 years and serves about 12,000 clients on a case-by-case, á la carte basis. The Carefree Elite business is an answer to Lifestyle clients' requests to have a membership-driven club to lower costs for more active patrons. Some of CareFree Lifestyles clientele include Derek Jeter, Eva Longoria, Jessica Simpson, Ben Afflek, Shaquille O'Neal to name a few. 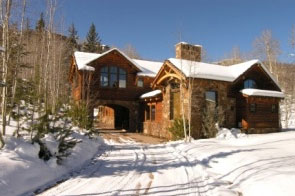 Carefree Elite will officially kick things off in December when their website is revamped and their New York City launch party occurs. After December, the current Lifestyle clients can begin to crossover as members and Carefree Elite will be ready to accept new members.

Currently the club has 12 pre-launch members, 14 locations with 20 properties, and has plans to add a few more locations before the end of the year. Their repertoire of properties consists of 60% mansions and 40% condos and penthouses, with an average value in excess of $2,500,000. The smallest unit is a 1 bed/1 bath 850 sq ft condo and the largest is an 8,000 sq ft mansion. The club plans to run at no more than a 6 to 1 member to home ratio once they are up and running. At the moment CareFree says it owns all of the cars and about 80% of the homes and manages the other properties.

Carefree Elite's future plans involve acquiring new properties at the rate of 1 to 2 per month within the United States, and 1 unit every 3 months internationally. "We pride ourselves on our personal attention to our clients, so as the membership numbers grow so must our staff. For those reasons we will be controlling the number of allowed memberships," says Spicciatie.

Elite offers a 7-year, non-owner membership. They have three levels membership as well as four different levels of Freedom Cards for those who wish to use their services on an á la carte basis (something most clubs do not offer).

Corporate and Elite members are allowed one advanced holiday booking inside 365 days. The Athletic membership is targeted at professional athletes who want to stay in Florida during their off-season.

The Freedom Membership works like a prepaid jet card or debit card and is available in four different tiers. Each card provides discounted services, including packages of homes and the use of luxury and exotic cars. The card has the following tiers:

CareFree Elite has a different structure to most of the other destination clubs. The membership fee in Carefree Elite is non-refundable at the end of the seven year membership period, whereas with most other clubs the membership period is open and you receive back at least 80% of the deposit when you resign.

The cost per night for the Corporate and Elite programs comes out in the region of $1,800-1,900 per night. This is on the high end of the range compared to other clubs although CareFree does include a luxury automobile, something that only some of the other clubs include.

Given that the CareFree Group is publicly traded (symbol CRFE), we tried to find financial information about the club, but even on Nasdaq.com, there were no financial reports available. We advise anyone joining a destination club to ask about the financial structure and well being of the club. Any club worth joining will be transparent about its financials and will provide audited assurances to members. If you're looking at joining CareFree Elite do ask them for this detail. For other questions to ask download our Guide to Destination Clubs.

With its list of celebrity clientele and its track record of supplying luxury services on an a-la-carte basis, CareFree Elite should be well positioned to develop its club structure.