While Blixseth is having to sell Yellowstone Club, this is not the case with his nascent destination club, which is not part of this sale. As we reported last year, Yellowstone Club World is not soliciting new members, but instead Blixseth is "in the process of retooling this spinoff business".

Fortune also reported on the amounts that had been paid for the Yellowstone Club World properties. These include: 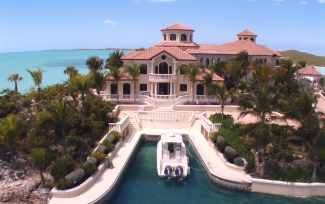 Yellowstone Club World always set out to be at the very pinnacle of destination clubs, but the Blixseth divorce is clearly hampering these plans.

The one established ultra luxury destination club that is keeping to the traditional model, and offering unique $6.5m homes is the Solstice Collection. New entrant Everlands just recently launched and also has a conservation focus. All four of these clubs offer their members homes with an average value well above $5m and provide services and amenities that match their homes.