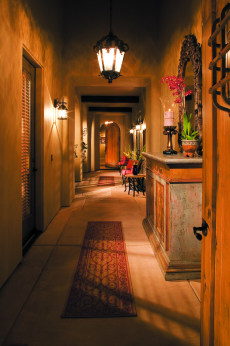 The rumors about the new club have been circulating for many months. It has been hard to keep this quiet because Abercrombie and Kent have acquired two established destination clubs  Crescendo and BelleHavens  and with their equity structures, all the members of both clubs have been kept apprised of the acquisition.

Abercrombie & Kent is majority owned by Intrawest, which has interests in several large North American resorts and in turn is owned by Fortress Investments a $30bn New York investment firm.

Abercrombie & Kent was founded in 1962 as a luxury safari operation based in Nairobi Kenya. The founder, Geoffrey Kent, is still the Chairman and CEO and now overseas a company that provides luxury travel to more than 180,000 clients each year. Notable clients who have "gone away with A&K" include Bill & Melinda Gates, Michael Crichton, Goldie Hawn, Martina Navratilova, Diane Sawyer, Gene Hackman, Tom Hanks and Jane Seymour.

The company has 60 staffed offices around the world and this longevity and reach means that A&K can provide unique access to many exclusive places and events.

This time around Abercrombie & Kent seems to be doing things the right way, with its own equity based club. Just yesterday SherpaReport talked to Jarvis J. Slade Jr., the new President of Abercrombie & Kent Residence Club, and the full details on this conversation are included here.