Flight Options has seen strong year-over-year growth in sales and operations during the first quarter of 2011. This reflects broad-based demand from across its client base for the company’s fractional ownership, membership and jet card programs. 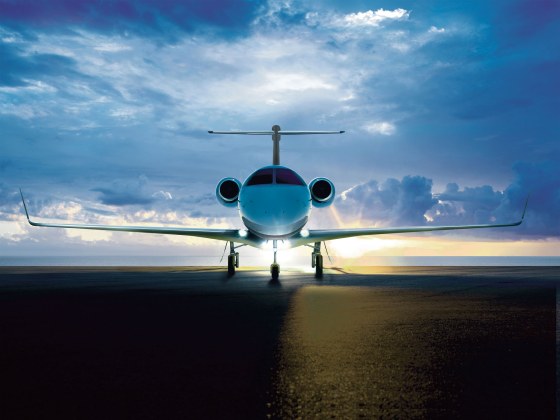 The company reported a rise of 467% in first quarter fractional sales and a 46% increase in JetPASS card sales compared to the year ago quarter. Fractional utilization, which measures how actively the company’s owner/members are utilizing their shares, was up eight percent compared to the 2010 first quarter, while JetPASS flight revenue hours rose 35 percent.

“We are pleased with the steady progress we have seen in bookings, fractional jet and jet card sales, and other key measures of our business during the past two years, and that momentum is carrying over into 2011,” said Michael J. Silvestro, Flight Options Chief Executive Officer. “With an improving economy and a value proposition that allows us to offer more aircraft at less cost than our competitors, we are selling more fractional shares and jet card hours, and have more planes in the air, than at any time since 2008.”

“We are expanding capacity to meet the higher customer utilization rates and increased fractional ownership and jet card sales. Flight Options is fortunate to have highly experienced and well-trained pilots available to step in and help us meet this demand. The additional pilots, as well as the expanded maintenance capacity in , will help us meet growing demand for service on the West Coast, expand our strategic presence in this important region and improve our operating flexibility.” added Michael Silvestro.

Flight Options’ , Maintenance Service Center, which was closed in 2008, will initially operate as a satellite facility of the . The Center will employ technicians previously stationed at the and serve primarily as a “heavy check” facility to support West Coast traffic, ensuring that Flight Options meets its goal of performing all scheduled aircraft maintenance internally. The company operates additional full-service maintenance centers in Teterboro, New Jersey; Cleveland, ; and .

“Private jet travel is a leading indicator of business optimism and travel preferences for the wealthy. As the economy improves and our customers increasingly choose private jet travel, the added capacity, pilot recalls and service enhancements we are making today will put Flight Options in a strong position to sustain its operating momentum in 2011,” concluded Kenneth Ricci, Chairman of Flight Options.

At SherpaReport we certainly agree with this latter statement. The private aviation companies are growing across the board, for instance last month we reported on several increases in aircraft fleets and sales. In February we reported on the 2010 growth at NetJets the largest company in the sector.