The idea of moderation in all things has been with us since time immemorial: Aristotle discussed it as the Golden Mean, defining it as the middle ground between two extremes, Buddha expressed the same idea as the Middle Way and even in a moderately contemporary fairy tale, Goldilocks chose the porridge that was not too hot, not too cold but just right. Aristotelian Goldilocks!

In a similar manner, however, a jet concept has emerged that seems, arguably, to be like her porridge: in the middle of the jet travel realm - not completely commercial, not completely private. Called semi-private air travel, it is gaining in popularity.

We know why: on one end, private jets - aircraft offering time-saving, privacy, quiet, anonymity, exclusivity - all at elevated pricing. Private jets typically range from smaller four-person aircraft to slightly larger 20-passenger planes; the cost ranges between $3,000 and $5,000 per flying hour to charter a 4-to-6-passenger private jet. Prices rise from there, to over $20,000 an hour for large aircraft.

Who would pay this price? Many who prefer reduced crowds and reduced hassle on the ground. Also, flying out of smaller, private terminals provide quiet lounges, faster security checks , and often, concierges. Best of all, the passenger may typically arrive just 30 minutes before a flight, go through a streamlined security process and get straight on the plane.

But then, there’s the other end: flying commercially, with noise, inconvenience, unpacking and repacking, taking shoes on and off, ad nauseum and occasionally ad infinitum. And, of late, a growing possibility of sitting next to unruly passengers.

But - as Goldilocks knows - there is a middle ground - the semi-private jet experience, a just-right porridge, neither too hot nor cold.

Semi-private air travel is typically offered on smaller 15- to 30-person planes or helicopters, flying domestic routes and some international routes as well. Airlines offering this service typically sell individual seats on these smaller aircraft, that can be booked online, and depart from the same private terminals as private jets.

Because passengers are not chartering the entire aircraft the way they would when booking a private jet, pricing ranges from something often comparable to commercial air travel - JSX flights start at $119 each way for interstate flights, and go up to $750 each way for longer flights from New York to Florida. These rates are more in line with business or first-class pricing. Aero flights from Los Angeles to Los Cabos start at $1,900 one-way.

Here are a few popular companies that offer the semi-private flying experience.

JSX is one of the most affordable options for semi-private travel with one-way fares starting as low as $119 on 30-seat planes, which includes up to two checked bags as well as snacks and drinks onboard. Children, including infants, and pets are welcome to fly.

The carrier recommends arriving 30 minutes before your flight is scheduled to take off. The lounges, which are usually in their own terminal, away from the main commercial terminal, are wi-fi equipped and have coffee, tea, water, and restrooms available.

JSX predominantly flies the Embraer E135 aircraft, a shorter version of the more common Embraer E145 aircraft operated by many U.S. regional airlines. The planes are outfitted with leather seats and tray tables, but have no seatback screens. The passengers usually bring their own electric devices or a good book. 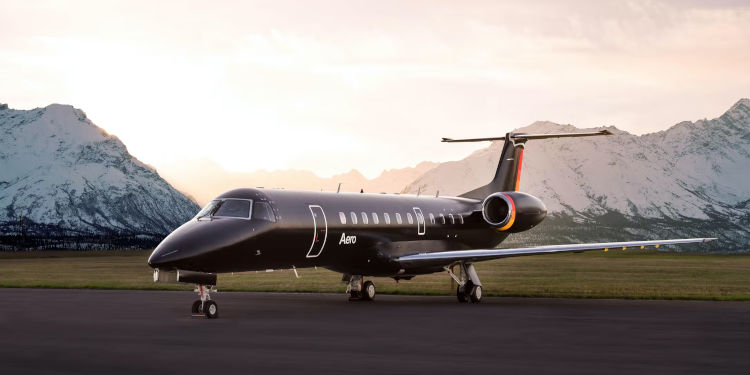 Aero flies to and from Los Angeles, San Francisco, Los Cabos, Mexico, Las Vegas, Jackson Hole, Wyoming, and Aspen and Vail in Colorado. It also flies between some European hubs, including London, Milan, Nice, and Geneva.

The Aero Jets are custom-designed black planes that accommodate up to 16 passengers, and fly out of private terminals; thus, passengers can arrive about 30 minutes before their flight. Aero also offers customers a concierge service to help with special requests - booking car service to/from the airport, or requesting special foods or beverages while traveling. The jet cabin interiors are fully customized with hand-stitched Italian leather seats, state-of-the-art lighting, and a custom sound system. 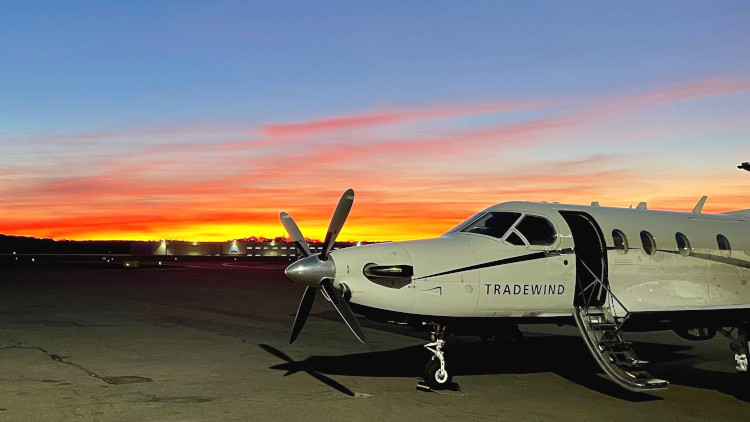 Semi-private travel is not a new concept, especially according to the 20-year-old Tradewind Aviation. The Oxford, Connecticut-based company operates on-demand and scheduled flights throughout the U.S. and Caribbean. Scheduled service includes flights to and from Westchester County in New York, Nantucket, Martha's Vineyard in Massachusetts, and Stowe, Vermont in the Northeast. Tradewind also flies to Caribbean destinations of Anguilla, Antigua, Nevis, San Juan, St. Thomas and St. Barths.

Flights are priced from $200 between Caribbean islands to an opening rate of $750 to fly to Stowe or Nantucket from Westchester. The aircraft fly out of private air terminals and flights include onboard refreshments.

As of January 1, 2022, Tradewind said it has committed to purchasing carbon offsets for all of its flights. The Tradewind-operated fleet includes Pilatus PC-12 and Citation CJ3 aircraft. The versatile Pilatus PC-12 is chosen for short range trips and smaller airports, and the Citation CJ3 is usually chosen for medium range flights.

Surf Air is a membership service that includes both scheduled semi-private flights and on-demand aircraft service. The on-demand flights can be booked to and from hundreds of hubs all across the United States. Memberships range from $199 per month to access the inventory then pay per flight, to $3,000 per month to unlock an unlimited flight plan.

Surf Air has four membership tiers. Each membership provides members access to a private fleet of aircraft flying routes across the West Coast and within Texas, as well as a network of on-demand charter operators all booked through a single app. The Surf Air partners fly the Pilatus PC-12, an eight-seat executive aircraft with custom-designed interiors by Bespoken New York.

Surf Air Mobility is the parent company of Surf Air, and is a Los Angeles-based aviation firm, whose vison lies in reinventing flying through the power of electrification. The company has flown the world's largest hybrid electric aircraft, and intends to bring electrified Surf Air aircraft to market at scale in order to substantially reduce the cost and environmental impact of flying. 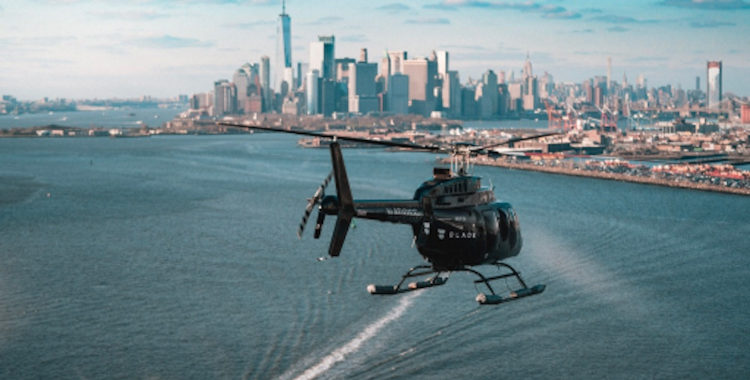 BLADE, is a helicopter and semi-private flight service, predominantly operating flights to and from New York City with scheduled destinations that include Palm Beach, Florida; East Hampton; Aspen; Los Angeles; Las Vegas; and Nantucket. It also offers helicopter service from Manhattan to John F. Kennedy International Airport and Newark International Airport. One-way flights to the Hamptons from New York City start at $700, flights to Palm Beach start at $1,975, and flights to Aspen are priced at $5,850.

But there is more to BLADE. This group is working to transition to a carbon-zero EVA, Electronic Vertical Aircraft, and will continue to purchase offsets to counteract the carbon emissions generated by BLADE’s urban air mobility services. BLADE is thus focused on evolving from a conventional helicopter to EVA, making more low sound footprints with a zero emissions design.

The company went public through a SPAC in 2021 and is listed in the NASDAQ exchange under the symbol BLDE.

SetJet is privately held and headquartered in Scottsdale, Arizona, and is a membership based private jet program, available exclusively for pre-screened and approved members. Set Jet’s approach to facilitating private jet air travel was conceived by a group of Arizona based, successful entrepreneurs with decades of diverse marketing and aviation experience.

To gain access to the private jet service, an individual would join the SetJet Flight Club. Club members are security screened upon joining the club and only club members will be permitted to fly on the planes. Club members subscribe to the service by paying a monthly fee that would allow them to book seats on a SetJet managed plane.

At first glance, these new methods and visions, including electrification, sound eco-sensitivity, and carbon offset purchasing are all new ingredients in this Aristotelian porridge, allowing more passengers to travel with new senses of security, privacy and deeper commitments to a more balanced environment. Win-wins on all levels, at all altitudes.