Several private jet companies have announced fleet expansions, indicating that business jet travel is increasing as the US economy rebounds from a recession. ARGUS' TRAQPak reports show only a slight increase (4.3 percent) in business flights in 2010 yet spokespersons for several fractional jet and charter jet companies say they are seeing convincing interest from business owners who are looking for products that meet their needs:

• XOJET Inc., a charter provider with offices in San Francisco, New York and Los Angeles, reports a 50 percent year-over-year growth in its business. To meet demand, the company added two aircraft—a Challenger 300 and its first Challenger 605—in December with more coming, and opened a New York office. Marketing Director Jennifer Eident says they are seeing a lot of people coming out of fractional contracts who want something different. "More than 70 percent of the customers who fly with us for the first time become long-term clients," she says. "We're seeing more new customers now as we're getting our brand out there."

XOJET opened its doors in 2006 and has not seen business decline, even in the recession. The company offers charter flights as well as on-account and membership options for more frequent flyers. Eident says their unique business model, in which they own and manage their fleet, gives them the opportunity to provide a consistent high-quality experience for business travelers. The addition of Wi-Fi to all their aircraft has proven popular, especially for those traveling long distances. In fact, the company recently announced a new program—Coast2Coast—for those traveling across the US more than three times a year. 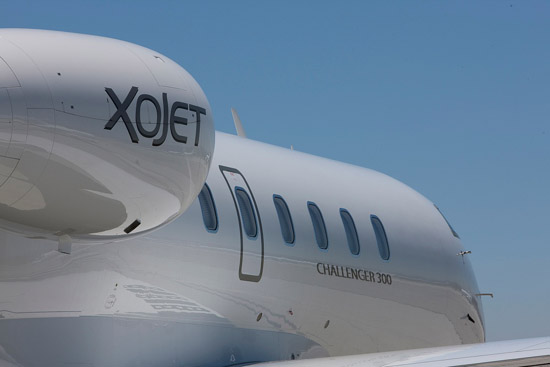 • Avantair offers fractional sales and leases of its light-cabin jet, the Piaggio Avanti. Avantair Executive Vice President John Colucci says the company is seeing an increase in sales leads and in flight hours of existing customers. He also says they did not see a decrease in sales during the recession and attributes that mostly to the company's aircraft. "In comparison to the rest of the industry, we've had a very good two years," he says. "We've actually grown during the recession. We have a very unique jet, it's basically a jet-powered turboprop that uses significantly less fuel. We can be 35 to 45 percent less in total costs for a similar performing airplane." 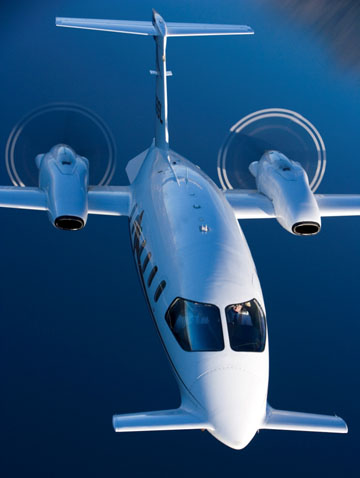 • PlaneSense only sells fractional shares and its president and CEO, George Antoniadis, said in the December 2010 issue of Aviation International News that the second half of 2010 was robust for the company: “It’s not just a matter of the existing customers flying more,” he said. “We have expanded our fleet and brought in new shares. And we’re forecasting more such activity for 2011. I believe we have been a successful survivor of the 2008, 2009 experience. Now we’re propelling forward.”

• Delta Private Jets of Cincinnati, OH, added nine aircraft through an aircraft management agreement in the second half of 2010. The light and midsized jets are located throughout the US. Delta Air Elite Business Jets is owned by Delta Air Lines, which allows customers to book a scheduled commercial flight and on-demand private jet service in a single transaction.