PlaneSense, a Portsmouth, NH based fractional-ownership company, took delivery of their 50th Pilatus PC-12 on May 17th, 2014. PlaneSense was founded in 1996 and has partnered with Pilatus for almost 20 years. 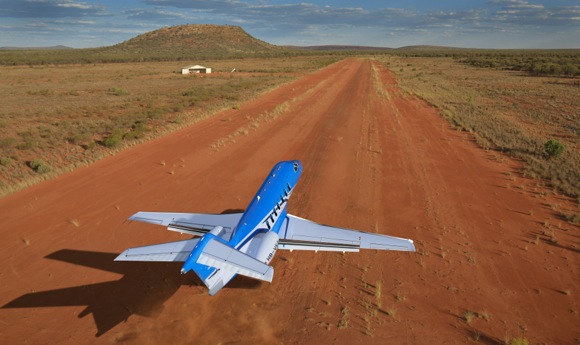 According to George Antoniadis, CEO and President of PlaneSense, “Taking delivery of our 50th PC-12 will further expand the growth and evolution of our fractional aircraft program. The PlaneSense team remains committed to our core principles of cost effectiveness, top-level service, and operational excellence, and we continue to be highly successful in our planned progression." Our earlier article on SherpaReport covered the fractional costs of PC-12s. PlaneSense is one of the larger fractional ownership companies and currently flies PC-12s exclusively.

That will change soon, however, as PlaneSense has just placed a launch order for six Pilatus PC-24 jets. “We are delighted to be a PC-24 launch customer because we are confident that this Pilatus jet, with its large cabin, exceptional performance, and trademark large cargo door, will further enhance our service offering and augment our marketplace reach,” according to Antoniadis. “In addition to the initial launch order, we anticipate acquiring many more uniquely capable PC-24s in the future.”

Pilatus is currently developing the PC-24 and expects it to be certified in the first half of 2017, with customer deliveries beginning shortly after that. This order by PlaneSense represents the largest of the Pilatus PC-24 launch agreements. Pilatus is saying that it has taken orders for 84 of the $9m jets. Like the PC-12, the PC-24 is being designed to have good short-field performance, even on unpaved runways - meaning it can take off and land in a lot more air strips than most aircraft, allowing passengers to get closer to their ultimate destination. It also features a large rear, cargo cabin door like its sister PC-12.