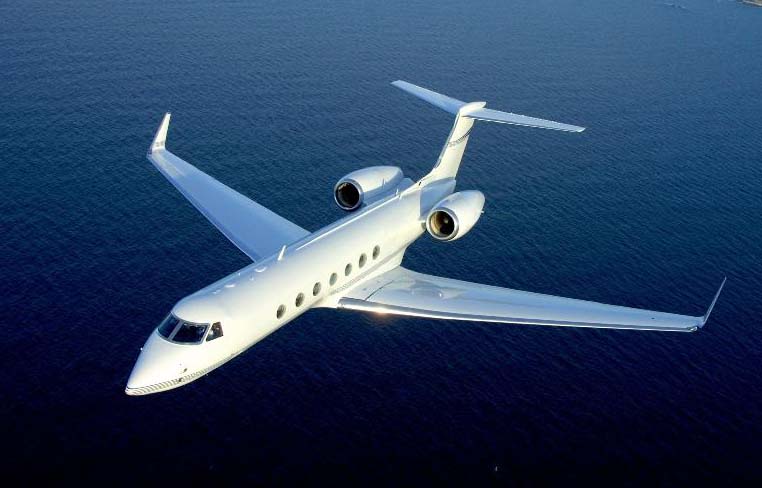 If you're in the market to buy a new aircraft, or even if you're just looking to charter a plane, the fuel burn rate is an important factor, along with the size, range, specs and so on. When buying a car, the fuel efficiency is easily determined and stated in the vehicle specifications. For aircraft, it is not so simple. And yet, the fuel costs can be 50% or more of the annual operating costs, running from hundreds of thousands of dollars a year for a light jet, to millions of dollars a year for heavy jets.

There is no standardization within the industry as to how fuel consumption should be stated or measured, and it's a figure that many OEMs do not provide. Instead, one must do some digging to find various estimates. We have done some of that research for you; the tables below present the estimated fuel burn rates for a selection of aircraft.

Note that the figures are given in terms of both gallons per hour and pounds per hour. When researching an aircraft, you may find both statistics, or you may just find one. Typically, the pilot of an aircraft will think in terms of pounds per hour (pph) since the overall weight of the aircraft, including fuel, passengers, cargo, etc. is a key factor in any flight plan. Passengers or owners, on the other hand, tend to think in terms of gallons since this is how fuel is priced. Passengers are also influenced by car performance, again measured in gallons. Note the relationship between gallons and pounds varies depending on the type of fuel and also depending on the temperature and pressure conditions. For the chart below we've used a fuel density of 6.7 lb per US gallon (= 0.803 kg/l).

As you can see, fuel efficiency figures vary greatly, and for good reason. Unlike a car, a plane's burn rate is dependent upon a number of factors, including:

A plane will burn more fuel during take-off and its initial ascent. Once cruising altitude and speed are reached, the fuel burn drops off. Therefore, some reports will state fuel burn rates based upon the hour of flight. For example, in the table above, the Gulfstream G550 shows statistics for the 1st and 2nd hours of a long-range flight. The report then shows lower fuel usage for the subsequent hours. Similarly, the Embraer website offers hourly fuel burn rates for the Phenom 300 as a means of demonstrating typical burn during take-off and ascent, as compared with during subsequent flight time.

Other reports average the numbers out. When averages are stated, it is important to remember that the first hour fuel usage will be significantly higher. Also be aware that, since larger planes have a longer range, their average will be measured over longer flights than that of a smaller craft. Even then we've seen different people calculate the average differently - there are just so many variables. When aircraft manufacturers quote fuel burn numbers they will nearly always show the assumptions that they make eg 6 occupants @ 200 lb (91 kg) each, Long Range Cruise speed, ISA en-route, NBAA IFR reserves with 100 nm alternate, takeoff @ Sea Level.

If you plan to buy a plane, you should know that fuel will be the biggest variable cost. Fuel costs will account for as much as 70 percent of your variable operational costs. We discuss the costs of ownership, with a breakdown of fixed and variable costs including the fuel costs, in the following articles:

Cost for a Embraer Phenom 300
Cost for a Challenger 605

If you buy a jet card membership, some of the cards fully include the cost of fuel in the price. Others charge an additional fuel surcharge which varies depending on the cost of fuel and the length of each flight. When chartering a plane, the fuel cost is typically included in the overall price quote.

As always please feel free to contact us with any comments or questions on this article.