Deciding Between Fractional Ownership of an Aircraft or Leasing

Many of the large fractional jet providers also offer a leasing option. Which one is better for you depends on personal circumstances including investment plans and actual travel needs. SherpaReport talked to some leading providers and advisers to get some different perspectives.

Many private aviation companies offer the choice of fractional ownership, leasing, or a jet card, and these often overlap in terms of the benefits that each offers. For example, fractional ownership and leasing from NetJets both allow access to the same aircraft, ranging from light jets to long range heavy jets, both require as little as 4 to 6 hours’ notice and suit anyone planning to fly more than 50 hours per year. Lease terms start at a minimum of 24 months in length and fractional contracts have a minimum commitment of 36 months.

Similarly, Flexjet owners and lessees share the same access to aircraft with a 10-hour call out. Both programs are suited to those who fly more than 50 hours a year and fractions or leases are available in 50-hour increments. Fractional ownership and lease contracts can run for a minimum of 30 months to a maximum of 60 months.

Despite the similarities, Matt Doyle, Executive Vice President of Sales at Flexjet says that it is essential to consider the individual flier’s needs in order to determine the right flight option for them. He notes that all too often, clients attempt to make a decision based only on their required hours of flight: “For example, if you plan to fly 300 to 400 hours per year, most would say that full ownership would be the best solution.

Alternatively, if you fly 100 hours per year, you may be advised that fractional ownership is the best solution.” He cautions that this “rule of thumb” is not always the best way to go. Doyle adds, “In reality, the individualized and specific needs must be considered based on your specific flight profile, the number of passengers, the number of users and their locations, call out times and instances where multiple aircraft may be necessary.”

Oftentimes, in terms of usage, there is very little, if any difference between owning a fraction of an aircraft and leasing. The differences are found in the fee structures. This is where working closely with the sales consultant or perhaps an independent consultant can help you make the best decision. Pat Gallagher, Executive Vice President of Sales and Marketing at NetJets says that their sales team will work through the various options carefully with a prospective customer to best determine their needs.

The financial ramifications of any purchase or lease decision must be carefully considered. Gallagher says that different clients have different levels of risk tolerance, and so that is an important consideration. Many people consider fractional ownership because it is a smaller upfront outlay and smaller ongoing commitment as compared to outright ownership. However, some would still prefer not to tie up any capital, in which case they may prefer a lease option.

Another reason for some to choose to lease is depreciation. Gallagher points out, “Aircraft are depreciating assets so some customers, especially those who can’t take the associated deductions for the depreciation, may prefer to lease rather than worry about the decline in value over time.” He notes that NetJets carefully considers depreciation and capital costs when pricing their lease options. Often, they find that “the share purchase is a better value in nearly any scenario.”

Doyle reminds clients that “a fractional purchase will drive a lower all-in hourly cost than leasing; however, there will be a higher up-front investment.”

For an independent opinion, SherpaReport turned to James Butler, CEO of Shaircraft Solutions. Butler has 20 years of experience as a buyer’s consultant in the private aviation industry. Butler says there are several points to consider from a financial perspective when weighing the benefits of fractional ownership or leasing. One is out-of-pocket capital cost. “With a lease, there is no upfront investment,” he says, “whereas, with fractional ownership, you have a large upfront share purchase.” Therefore you lose the immediate use of that capital with a fractional contract, although you can expect to get some portion of that back at the end of the contract term.

He also advises clients to consider the cost variables at the end of the fractional term. When the share is repurchased, the client will receive back some of their initial outlay. Butler notes that in the 1990s, there was typically a guaranteed minimum amount returned at the end of a fractional contract. That is no longer the case and so any return is completely tied to the market. “You may get much less back than you expected,” he says. On the other hand, with a lease, the risk is all shifted to the provider. There is no money returned at the end of the lease but that is balanced by the financial certainty.

He has found that many fliers are less interested in actually owning a plane than they are in having access to private air travel as and when they need it. The market and making money may be secondary to that desire. Others may like the idea of buying and owning an asset. Butler advises considering your options carefully. He concludes, “If you want to do more with your capital in the immediate future, leasing is a better option. If not, fractional may be a good choice for you.” 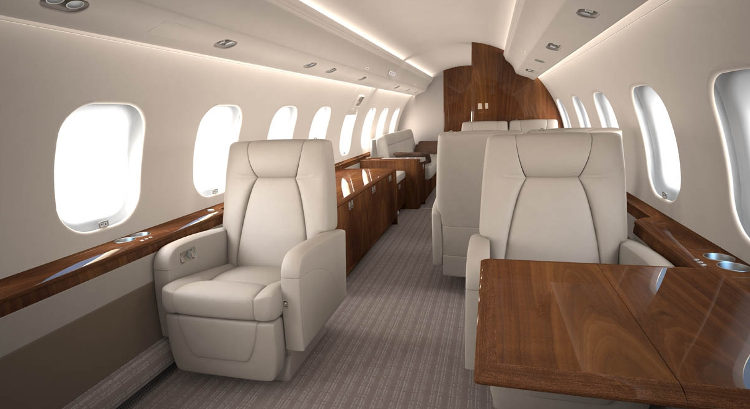 Finally, when choosing between fractional ownership and a lease, the type of usage may be a deciding factor. Is the aircraft going to be used for personal or leisure? Opinions differ as to which will be the best option in the case of business usage.

Gallagher says, “We want to understand whether the aircraft would be used for business or leisure so we can identify what tax advantages might be available. The accelerated depreciation schedule could make the share purchase more appealing than a lease if it qualifies for business use.” However, he recognizes that some companies might find it preferable to not have an asset, such as a fraction of an aircraft, on their books. He draws attention to new accounting rules which may influence the decision: “New Generally Accepted Accounting Principles (GAAP) rules which go into effect on January 1, 2019, will treat the lease fees as a liability tied to a right-of-use asset. This new accounting treatment could change the motivations for some companies to lease versus purchase.” In summary, these new accounting rules mean leases will also have to appear on balance sheets.

Likewise, Doyle advises that those planning to use their flight hours for business purposes check into possible tax advantages and disadvantages of each option.
Butler’s experience finds that in corporate settings, leases are often preferable to fractional ownership because they tend to look better to shareholders and in public reports. He says, “Many shareholders may find travel expenses (i.e. through leasing) more agreeable than an asset (i.e. fractional ownership). It can sometimes be the less controversial option.”

As shown above, with NetJets and Flexjet, the usage terms of a lease are often the same as those of a fractional contract. Butler says considering your financial and flight needs are key to making the right decision. All too often he sees the same mistakes in both fractional ownership and leasing: allowing for too many or too few hours, choosing the wrong aircraft for your needs, and failing to take the financial pros and cons into account. For these reasons, he recommends using a professional consultant. He says, “Unless you have a lot of experience in the field, using a consultant can save you thousands of dollars. The consultant fee pays for itself many times over by making sure your investment is tied to ALL of your needs.”