New hybrid fractional provider Jet It launched its program just a few years ago in 2018. It’s focusing on the relatively new HondaJet, with a days-based access model.

CEO and co-founder Glenn Gonzales, had been working for Honda Aircraft as their Northeast Regional Sales Manager. He kept having the same discussion with several prospective customers, that they did not want to buy a whole HondaJet, but they would be interested if there was a fractional program to buy a share of the light jet. His co-founder Vishal Hiremath also worked for Honda Aircraft covering Asia Pacific, the Middle East, and Africa, so between them they really knew the market. 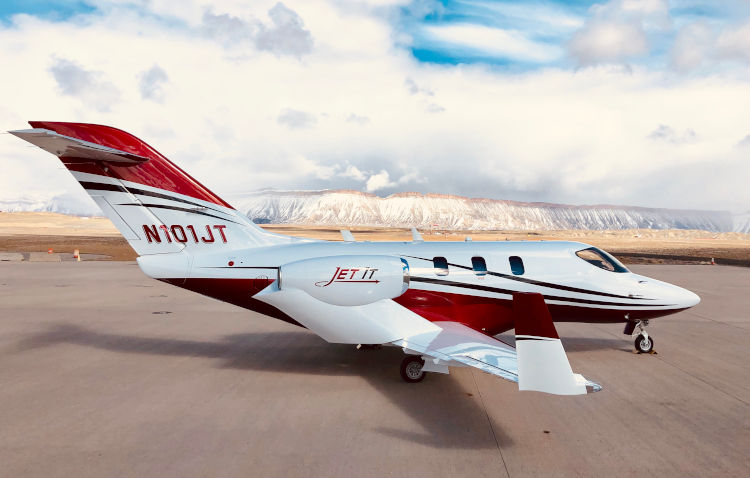 The Jet It Fractional Model

The program they came up with is a day-based usage model, in which the smallest fractional share the “Jet 10” is a 1/10th share providing 25 days of use each year.

“The aircraft is theirs for the day” said Henry Kim, Chief Commercial Officer at Jet It, who has been in various sales leadership positions for 18 years with Flexjet, Netjets and Wheels Up. “Owners can fly as much as they want, only dependent on the duty time for the crew. They can visit multiple locations in a day and be back in time for dinner.”

Like most fractional jet models, each share is a five-year commitment, although owners can opt out from year 3 onwards. Each owner can also rollover some of their days into the following year, if they don’t use them each year. The larger the share, the more days they can rollover.

A really unique feature is that the Jet It program offers guaranteed residual values. For instance, if you exercise the option and leave the program at the end of year 3, you are guaranteed 50% of your share value. At year 4 you get 46% and year 5 is a 44% guarantee.

Another rather unique feature is the minimum flight time is just 30 minutes, with flight times being from wheels up to wheels down plus 6 minutes for takeoff and 6 for landing. Most fractional and jet card programs typically have one-hour minimum flight times in their light jets. So, if you are someone who does a lot of short hops, say visiting 3 or 4 locations in a business day, then the 30 minute minimum can add up to meaningful savings compared to other programs. As an added bonus feature, the 6 minutes is only charged on the first leg and the last leg (not every leg) during the day, so on those day with multiple stops only 12 minutes of taxi time will be added for the whole day. 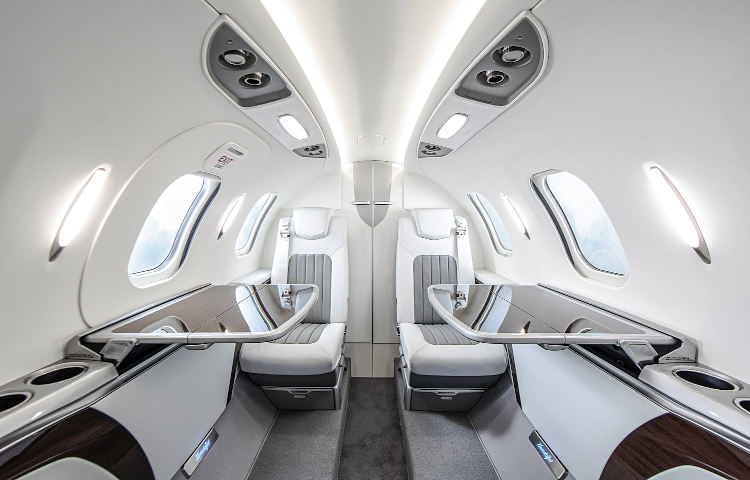 The first HondaJet was delivered to a customer in 2015 after many years of testing and development. The updated Honda Jet Elite came out in 2018 and it’s this newer plane that is available through the Jet It program.

The aircraft offers four 4 club seats, 1 side seat and if you are really looking to maximize the space the belted lavatory can be used for a 6th passenger. The range is over 1,400 nm, meaning trips from say New York to South Florida are very doable. The plane can cruise at 422 Kts (485 mph/785 kmph) and also provides 66 cu ft of baggage space.

Jet It operates a floating fleet, meaning that the planes don’t have a home base, but move around based on demand. There are currently 5 aircraft in the fleet, with orders for 10 more, and the next one is expected to be delivered on 15th September. All the aircraft have the same livery and the pilots all wear the same uniforms.

Like other fractional aircraft programs there are several components to the pricing.

The Jet 5, a 20% share, has an acquisition cost of $1.25m and a $6,000 monthly management fee. For all shares the occupied hourly rate is just $1,600. As with other fractional programs, under current tax law, you can write off 100% of the acquisition cost in year one if you are using the plane for business purposes.

“Jet 10 and Jet 5 are the most popular shares,” says Henry Kim, and adds that on average owners fly about 2.2 hours per day.

Jet It refers to its model as a hybrid ownership model, part of this is because if an owner has a type rating in the Honda Jet then they can fly as a co-pilot, with one of the Jet It Captains. Jet It even has a name for this special group, “The Red Jet Squadron” and have 6 or 7 owners that have taken them up on the offer. It’s a rather unique offering in the fractional jet world.

With all the other owners the program always operates with 2 pilots.

The highest concentration of owners is currently east of the Mississippi and the planes spend most of their time around the east coast. Henry Kim says owners can take flights out west, although they will need a fuel stop to make it from the east coast to the west coast. He adds that Jet It are already hiring pilots on the west coast with a view to their future expansion.

The Jet It HondaJets are all on a part 135 certificate, making them available for charter. “People can dip their toe in by chartering with us and then move up to fractional” notes Henry Kim.