Private jet operator flyExclusive is launching flyExclusive Fractional. This new program gives private jet flyers a fractional aircraft ownership experience with additional access to the growing flyExclusive fleet. To support the launch of the program, flyExclusive has agreed to purchase up to 30 Cessna Citation CJ3+ aircraft over the next three years.

Launched in 2015 by industry veteran Jim Segrave, flyExclusive has grown rapidly and in 2021 was the fourth largest charter operator in North America with a fleet of over 80 aircraft flying over 43,000 hours.

flyExclusive has provided charter services since it was founded and rolled out a jet card type program, that it calls, “Jet Club”, several years ago. The Jet Club membership program, which is available across all the Cessna models, was just revised last year to a rather unique pricing structure, which consists of a base daily rate and then an hourly usage rate.

The fleet is primarily Cessna aircraft ranging from Encore and CJ3 lights jets, through Citation Excel/XLS mid-size and Sovereign and Citation X super-mids, plus a few Gulfstream GIV-SP’s for longer flights. Overall the company is one of the largest owners/operators of Citations in the world. 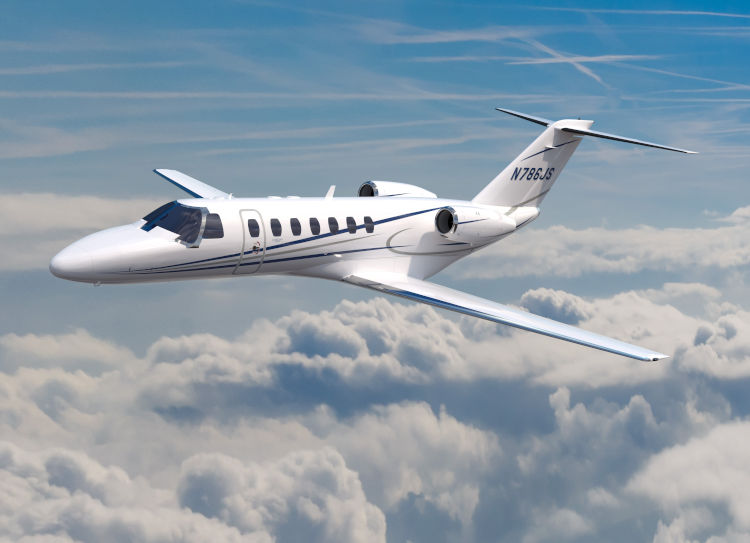 These new CJ3+’s, that the company has ordered, will fit in well with the current fleet, given that flyExclusive already operates multiple CJ3’s. flyExclusive expects to take delivery of five new CJ3+ aircraft in 2023, with the option to purchase additional aircraft for deliveries through 2025.

“flyExclusive customers now have it all,” said Jim Segrave, Founder of flyExclusive. “They now have the choice of our Jet Club, Fractional and Partnership programs. With flyExclusive Fractional, private flyers can purchase a fractional share in a brand-new Cessna Citation CJ3+ and unlock a world of possibilities for consistent, world-class private jet experiences on our versatile fleet.”

Some of the key features of the fractional program include:

The lack of a monthly management fee is unique in the fractional aircraft ownership sector. Most fractional programs have a monthly management fee that covers pilot salaries, insurance, maintenance and the cost of keeping the plane in a hangar, then an occupied hourly fee, which covers fuel, maintenance and in-flight catering whilst you're onboard the jet.

The 40 hours a year of usage is also different to other providers, where the standard is typically 50 hours a year. Jim Segrave explained that this is still built on annual overall usage for the plane of 800 hours, so the 40 hours represents 5% ownership (compared to a traditional 6.25% share for 50 hours in other programs). The lower share size will mean a lower acquisition cost for a share compared to other programs and "owners can access the whole fleet if they need more hours" said Jim Segrave. "The response has been overwhelming" he added, "I think we'll sell multiple shares before the end of the month."

The flyExclusive Citation CJ3+ wil be configured with seating for six-seven passengers, and can carry up to 1,000 lbs of baggage capacity in the 65 cubic feet baggage area. With a range of up to 2,040 nautical miles (3,778 km), the CJ3+ can fly nonstop from Washington, DC to Monterrey, Mexico, Sao Paulo to Santiago, London to Athens, or Shanghai to Tokyo. It comes equipped with Garmin G3000 avionics and in-flight WiFi capability and the maximum cruise speed is 416 ktas (770 km/h). The list price on these CJ3+ aircraft is about $10m.

“We continue to innovate in the marketplace with a fully owned and operated fleet and a vertically integrated business model that redefines what it means to fly private,” said Segrave. “flyExclusive Fractional joins our innovative Jet Club and Aircraft Partnership Program to give flyers a multitude of pathways that all lead to one destination: more ways to take control of their private flying. We will continue to identify new opportunities to extend reliability, flexibility and unmatched private jet charter experiences for our customers and now, for our flyExclusive Fractional owners.”