Flexjet attracted much attention at the recent National Business Aviation Association’s Convention and Exposition (NBAA2015) with the announcement that the private aviation company has placed a firm order for 20 Aerion Corp’s AS2 aircraft. The news makes Flexjet the first private operator to commit to buying the AS2, billed as the first supersonic business jet.

The Aerion AS2 is a collaborative project, led by Aerion Corp, with support from Airbus. "Aerion has begun a formal search for a US manufacturing location," said CEO Doug Nichols.The AS2 is expected to have it's first flight in 2021 and enter service in 2023. It will offer the first supersonic flights since Concorde was taken out of service in 2003. The jet will reach a top speed of Mach 1.5, 67% faster than current long-range subsonic jets. Engineers forecast that the AS2 will have a range of 4,750 nautical miles, allowing for intercontinental business travel. Compared with subsonic aircraft, it could cut three hours off trans-Atlantic routes, and six hours or more off trans-Pacific routes. Aerion is working closely with Flexjet to design the interior, which will have room for 8 to 12 passengers. With the jets priced at $120 million each, the total order for the 20 aircraft comes with a list price tag of $2.4 billion.

The AS2 will join Flexjet’s other long-range aircraft, which include the Bombardier Global Express and several Gulfstream models. With the speed provided by a supersonic jet, service possibilities open up for intercontinental round trips in one day. Flexjet hope that this will be particularly attractive to those required to deal with demanding business travel schedules. It is this speed and convenience which may prove attractive, despite the high operating costs for the plane, which is expected to burn roughly 1000 gallons of fuel per hour and will be restricted in terms of airports because of its length. 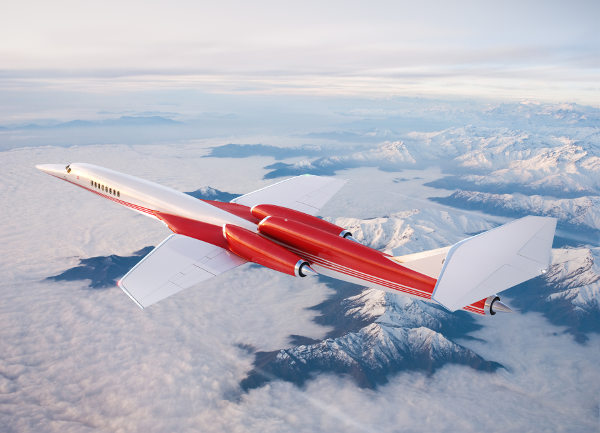 Flexjet travelers will be able to use the AS2, as well as the Global Express, G650, and G500, through the company’s Global Access membership program. The program has been in place for the last year, with Flexjet working closely with intercontinental travelers to fine tune the service, providing the best possible flexibility, prices, and availability. Staff also work to match the type of aircraft to the member’s needs. Through the Global Access pricing model, members will be able to pay a lower hourly rate for long trips. This is because operation costs for a long-range flight drop significantly after take-off.

According to Oscar Garcia, chairman of consulting firm Interflight Global Corporation, thanks to the AS2’s supersonic speeds, “the size of the world is two days.” From there, he predicts a host of possibilities in business air travel that could develop within the next 50 years: “Supersonic, hypersonic and suborbital commercial air travel will begin with business aircraft.”