The Costs to Own and Operate a Gulfstream G650

The Gulfstream G650 made its maiden flight in November 2009. After receiving its FAA type certificate in 2012, the first one was delivered to a customer in the U.S. later that same year. At the time of its introduction, it was Gulfstream’s largest, fastest, and most expensive aircraft on the market. (The G700 has since surpassed it). In 2014, the G650 won the National Aeronautic Association’s Collier Trophy for its technological advancements and contributions to business aviation. Here is a breakdown of the costs you should expect to incur if you buy and operate a Gulfstream G650.

At the time of its initial release, a new Gulfstream G650 carried a $64.5 million price tag. However, with a three-year waiting list, demand soon drove the price up to as much as $73 million. Within a few years, the excitement leveled, and the price stabilized. A pre-owned Gulfstream G650 typically costs from $40 million to $55m depending on age, condition and usage. 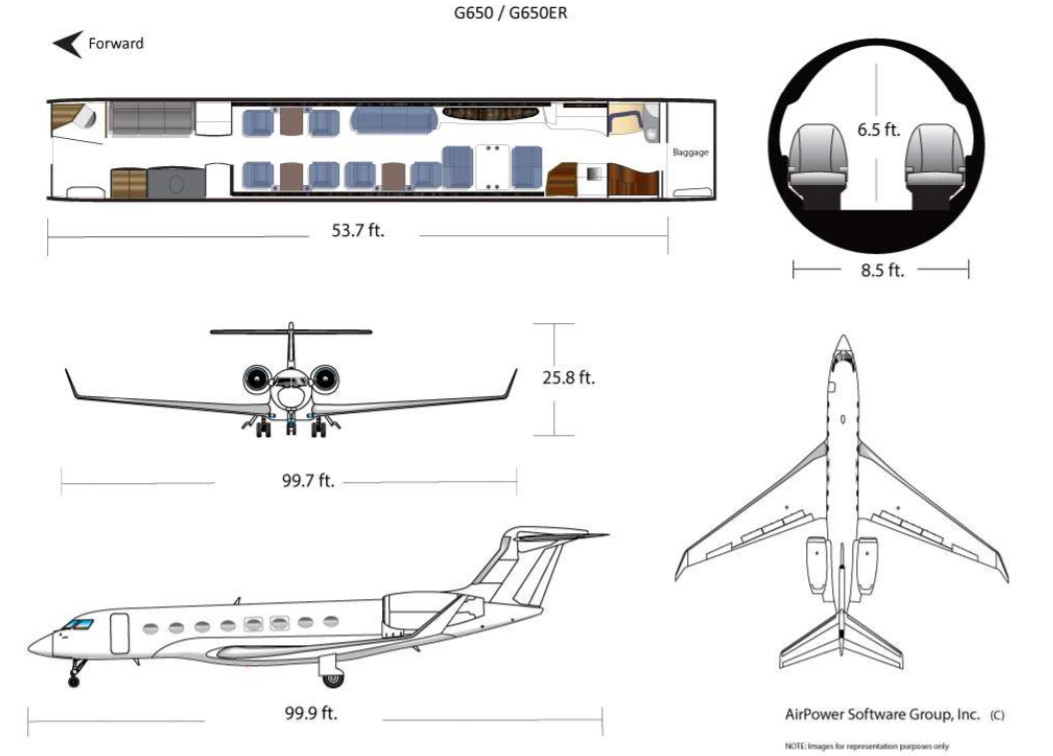 The cabin of the Gulfstream G650 is 53ft 7 in (16.33m) in length or 46ft 10in (14.27m) excluding baggage space. With a height of 6ft 3in (1.9m), there is room to move around comfortably. Depending on the internal configuration, there is room for up to 19 passengers, with sleeping room for up to 10 people. The cabin can be divided into 4 different living areas. It comes with a full kitchen, satellite phone, wireless network, and a variety of other entertainment features.

There are 16 panoramic oval windows, ensuring great views and plenty of natural light in the cabin. The air circulation system reduces fatigue by providing 100% fresh air and a sound suppression system provides what Gulfstream claims is the quietest in aviation.

There are 195 cu ft of baggage space. 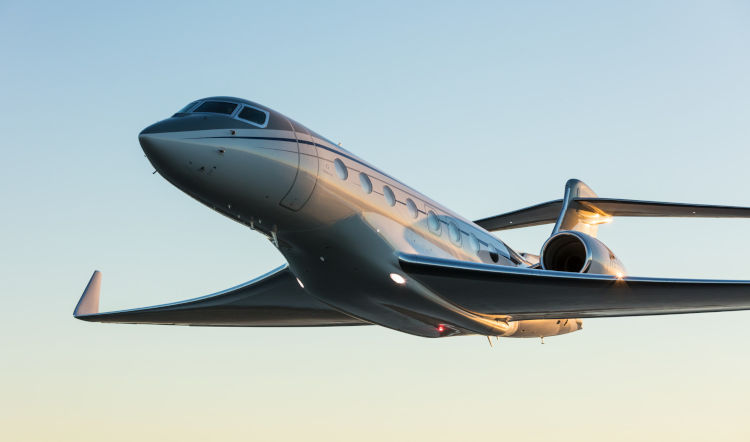 The table below shows the "Direct Mission Costs" for typical missions of 1,000 nm, 3,000 nm and 6,000 nm in the Gulfstream G650. The table includes a bundling of fuel consumed, maintenance labor, parts and reserve costs (Variable Costs), apportioned to the actual flight time for the mission length. The fuel price used for this analysis is based on an average price of $4.75 per gallon, and the flights are assumed to have 8 passengers and 4 crew. The fuel consumption figure accounts for taxi, takeoff, climb, cruise, descent, and landing.

These costs must be borne by an operator or flight department irrespective of the level of aircraft utilization. Included in here are salaries for flight crew, annual training, hull insurance cost computed by multiplying a liability factor per $100 of hull insurance.

Also to be included are annual cockpit subscription services. These include:

These expenses are directly related to the operation of the aircraft and are represented as an hourly cost figure. Included are fuel expense, maintenance labor expense, parts expense, and engine reserves expenses. The basis for the figures reported is actual operator experience compiled by AirPower Software. Parts, labor, and reserves are predicated on the assumption that the aircraft is no longer covered by the manufacturer’s warranty.

The fuel costs assume a price per gallon of $4.75 and an average fuel consumption of 409 gallons per hour.

There are additional costs that vary based on usage, these are the "Annual Cabin Services Cost" and, the "Annual Trip Support Cost". The latter includes onboard catering, commercial flights for the flight crew, ground handling and landing/parking fees when the aircraft is away from its home airport. The breakdown is shown below:

Assuming that the aircraft is used for 400 hours per year, then the total annual costs of operation will be:

These numbers are courtesy of AirPower Software Group, Inc. Their tool, AircraftBudgetAnalyzer, lets you fully customize these operating costs to model your own usage and requirements. For instance, if you plan to charter out the aircraft for some number of hours, you can model this impact on the overall costs, and can also change any of the other costs or hours flown to match your expectations.