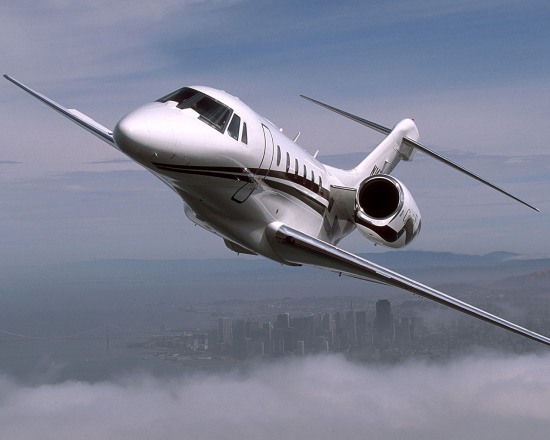 The world's fastest business aircraft is also its most aerodynamically advanced. It is powered by two Rolls-Royce turbofan engines and is built by the Cessna Aircraft Company in Wichita, Kansas. This plane first went into production in 1996 and costs around $22m. The first customer for the plane was long-time Cessna customer and golfing legend Arnold Palmer. The aircraft is operated by private individuals, companies, charter operators, fractional companies and aircraft management companies.

According to Cessna, "Citation Xs have flown the equivalent of four trips to the sun. They've taken off and landed approximately 1 million times."